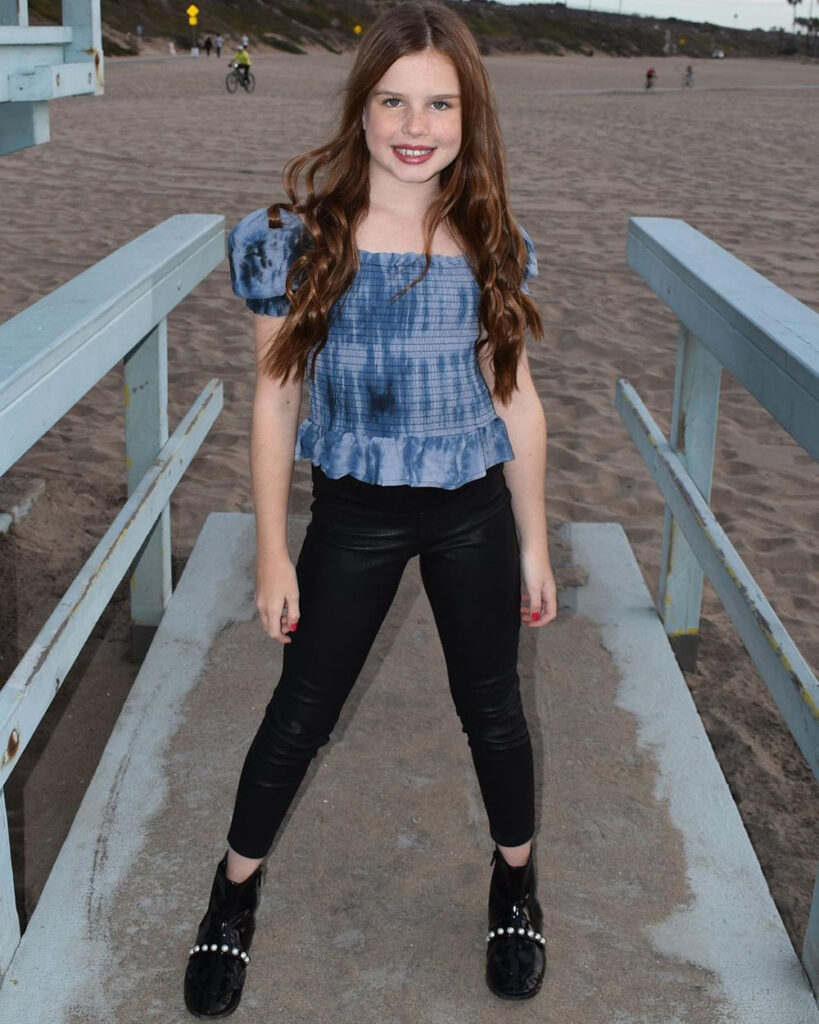 Ellarose Kaylor is a 10 year old an actress, singer and competitive ice skater. January 2021 she released a single called I Still Believe that she co-wrote available on Spotify, iTunes, Apple Music and other music platforms. In (2020) she released a single with Reese Herron called Let’s Unite available on Spotify, iTunes, Apple Music and other music platforms.  In 2020 she played Charlotte in the short film Little Princess for Disney Plus and in 2019 co-stared in the ABC Series Schooled for Sony directed by Lea Thompson. In 2019 Ellarose co-stared in the film Next Level with Lauren Orlando, Emily Skinner, Chloe East, Brooke Butler, Hayden Summerall and Chloe Lukasiak. The film opened in AMC Theaters (September 2019) and is now available On Demand, Digital HD Download, on Tubi and Hulu. Ellarose acts, sings and dances in the movie and has three original songs on the film’s soundtrack. The songs are Dance it Off with Reese Herron, and two solo songs, What We Do and The Stage is Mine. Ellarose is a competitive ice skater and trains weekly through the Toyota Sports Center (Axel and doubles). She is also on the Synchronized Ice Skating team and in (2020) was cast in Lion King On Ice as Nala. Ellarose is also a member of the LA Ice Theater. Ellarose is active with Girl Guild a community of girls and young women creating a pathway to support and empower other girls.  Ellarose has been featured on AOL Build Series, Spectrum News, Radio Disney, Famous Birthdays, TigerBeat, Just Jarad, Good Morning America, Sweety High, LALA Land, Deadline, CelebSecrets, Girlslife and many other press outlets!