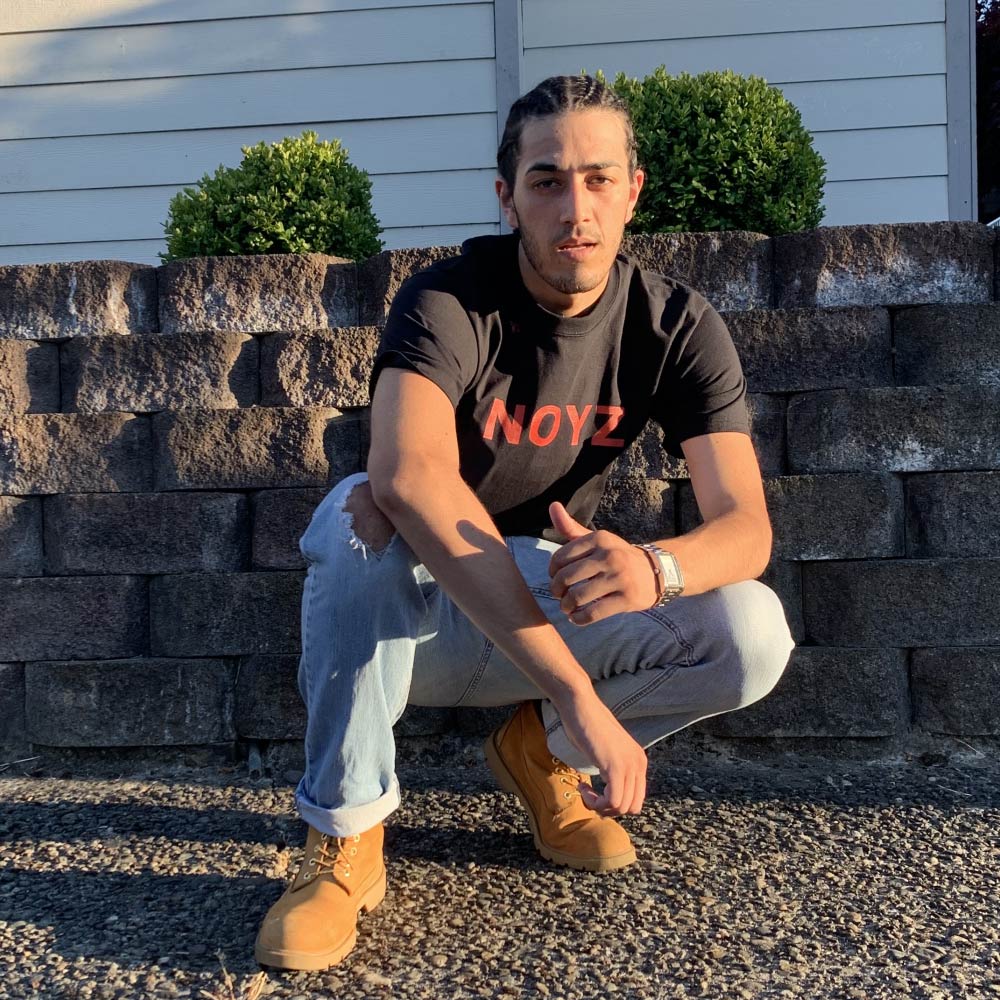 NOYZ is an American rapper originating from many parts of the country and few parts of the world. At a young age NOYZ fell in love with descriptive writing. He jumped around with the ideas of becoming a novelist or a scriptwriter but later found himself relating to rap music and the culture in which it’s surrounded by. He started keeping notebooks and had random rhymes written and kept starting at the age of fourteen.

NOYZ performed at his first live show at a small gathering at a private party and a few years later worked his way up to performance venues. After his last show in December 2019, NOYZ decided it was time to take the next step in his career and share his music with the world. Six months later, NOYZ released his 3 track EP ‘ENVY’ in June 2020 and shortly after has begun working on a second project. The young artist has already released a single and a video from the new project, “Don’t Let Me Fall” by NOYZ. The full project is expected to release sometime in the very near future.