Not unlike a gang of pesky neighbourhood kids from a Stephen King novel, they spent their roaming youth sneaking out to parties, riding bikes, and exploring the night in the sprawling suburbs of Deep Cove, a coastal neighbourhood of North Vancouver, which also serves as a major inspiration to their songwriting, atmosphere and energy.. We are happy to present you the amazing band – “BEALBY POINT”

BEALBY POINT: Hi, thanks for the interview. It’s kind of a funny story how our band came about. All four of us grew up playing music in some fashion with a variety of instruments. We were all mutual friends in high school but we weren’t all aware of each others interest in forming a band. Jordan and myself (Jack) would jam in his basement, playing cover songs of early Strokes and Arctic Monkeys songs. We would both play guitar and I would sing. Meanwhile, only about 200m away, unbeknownst to us, Clay and Zack were also jamming covers in Clay’s basement as well as writing original songs with Clay playing guitar and Zack playing drums, both of them sang as well. Clay and Zack released a demo they had recorded in Clay’s basement and I heard it one day when it popped up on Facebook. I had no idea they were jamming together let alone writing music and it just so happened they were looking for another guitarist and a bass player. We all ended up chatting at a mutual friends party and Jordan and I went over to Clay’s place for a jam. That was it, we were in a band now.

BEALBY POINT: There is no one leader in our band, we all act as leaders at various times during the songwriting process or during recording and in making band decisions. It’s democratic, we all decide on decisions together and we keep everything 25% each across the board. This helps avoid any disagreements. We all trust each other and believe in each other, we feel lucky that we’re all such good friends.

BEALBY POINT: We all have unique music tastes but if we had to pick a collective favourite album, it would probably be Hotel California. We have all fallen in love with that record at different points in our lives, most recently for me as I wasn’t much of an Eagles fan until Zack put me onto them. We feel like Hotel was the peak of their musicianship and no other band really reached their level in our opinion. We regularly watch performances from The Capitol Centre in 1977 together and they blow us away every time. 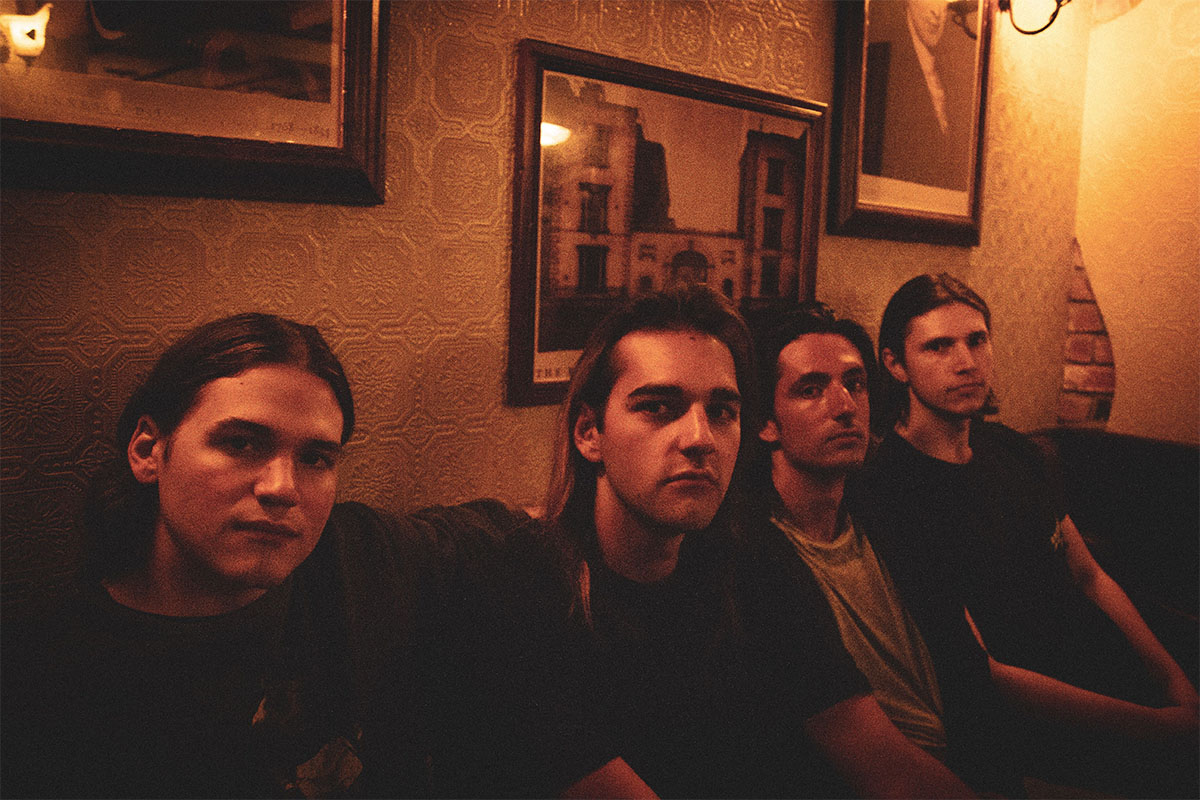 BEALBY POINT: No, not really. We have our own inspirations to draw from and experiences that we hope translate to the listener but we believe that interpretation of the music is free flowing and if someone can find meaning in our music, no matter what it is to them, that’s perfect.

BEALBY POINT: I mean, our band hasn’t been together very long so I’m not sure if we have a secret yet. What I will say though is our friendship and trust is what has kept us together so far, as well as a shared belief in each other that we all carry. We rise or fall together.

BEALBY POINT: We gather inspiration from lots of different sources. A lot of it comes from the music we are listening to at any given time, we all share tastes as well as differ on some. We also find inspiration through visual art forms like movies and TV. A majority of our inspiration though comes from our day to day lives and what we are going through. 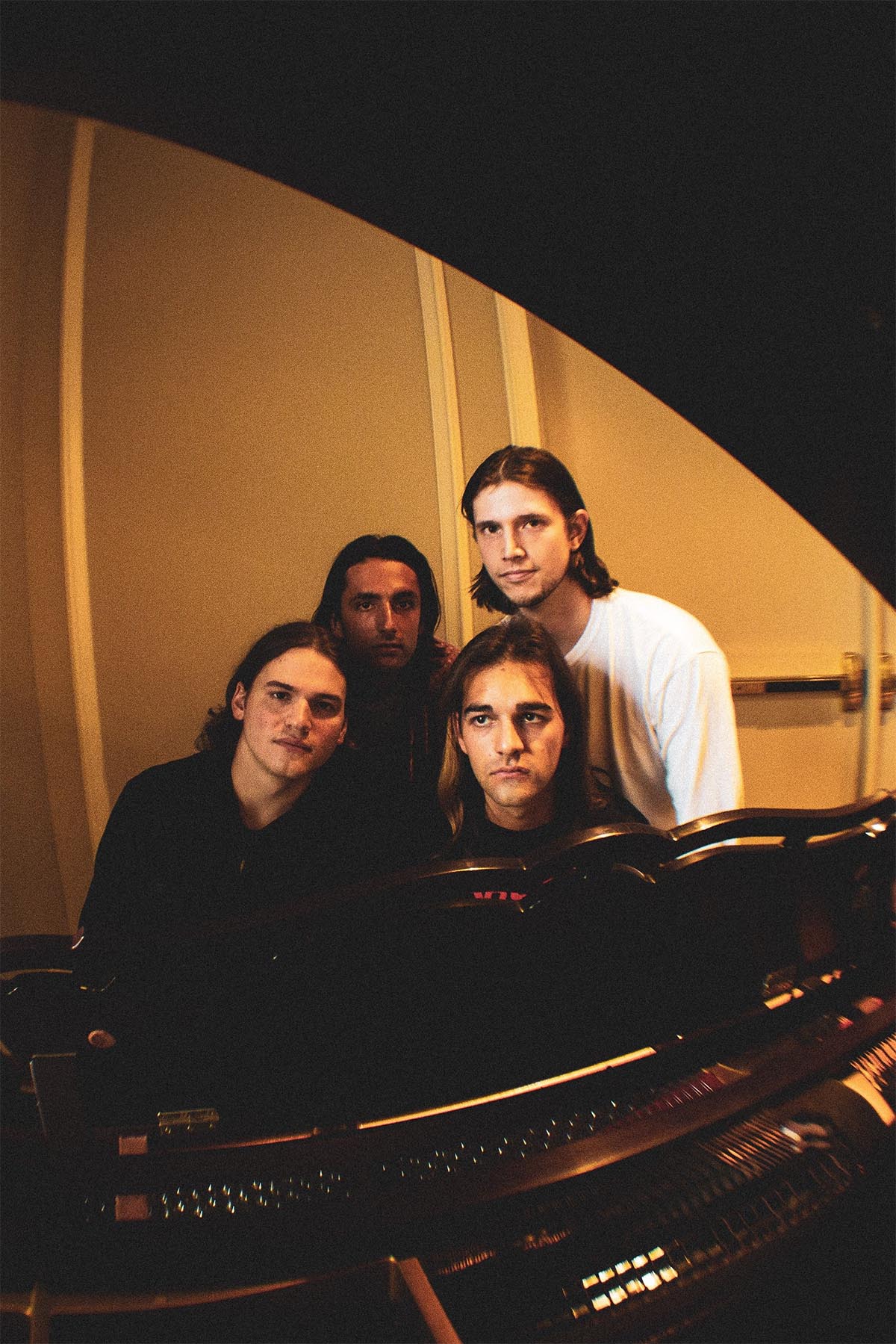 [Blaster] Any plans on new music? When can we expect a new album or EP?

BEALBY POINT: This last single we just released will wrap up our current EP which will all be released together as a package very soon. In terms of new music, we have recorded our second EP, currently in the mixing and mastering phase. No set date on any releases yet but hopefully early 2022.

[Blaster] Where can people see you perform next? Do you have a 2019 tour scheduled yet?

BEALBY POINT: We are eager to play live again and are constantly looking for opportunities. Nothing is scheduled yet, but we are dying to get back on stage as soon as we can.

BEALBY POINT: Our latest single Mermaid From L.A. was inspired by falling in love with the idea of someone, represented by the Mermaid in the song. You can create the ideal version of a person in your head but it’s not at all representative of who they are, just who you want them to be. We recorded the song at Echoplant Sound Studios in Coquitlam, B.C.

BEALBY POINT: Our main goal this year was to successfully release our debut EP and achieve streaming numbers that would satisfy our egos. So far so good, we are happy with our progress this year, it’s been good to us.

BEALBY POINT: The first time we all played together in Clay’s basement we were all convinced we had something. We all wanted to be in a band so badly and play some shows so it really didn’t take that much to convince us. That being said, we were all friends and felt like it would be a great experience regardless of if we ever got to where we are now. We were just having fun and we all had big dreams so that was that. As far as the name goes, Bealby Point comes from the road of the same name in Nelson B.C. where Zack’s cabin is. There was never any issues with the name really because it was so unique, it felt like it would stand out and at the same time it really meant something and wasn’t just a random name with a “the” in it. 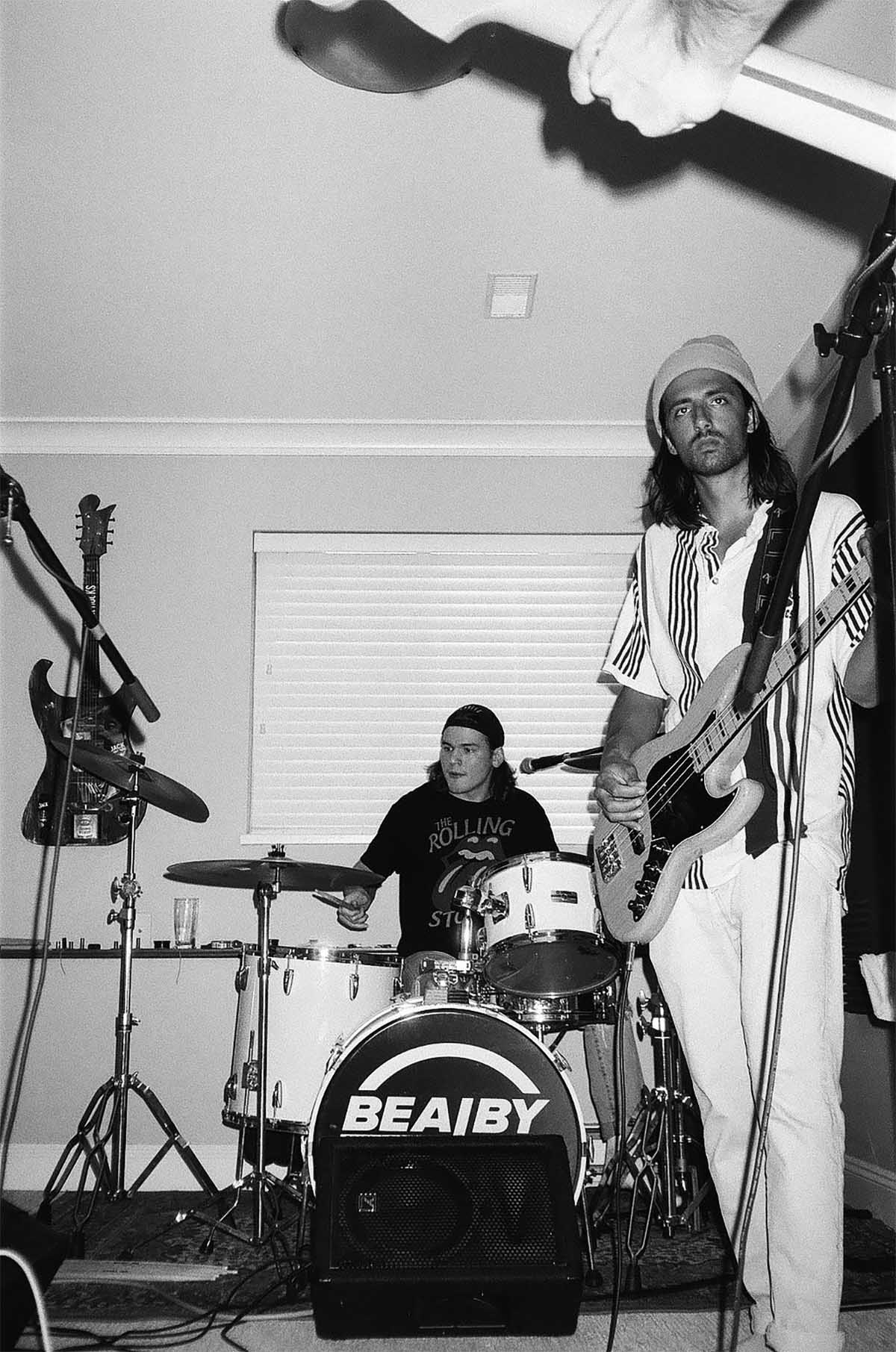 BEALBY POINT: Yeah we all hang out regularly. Usually we are working on music just because that’s our favourite thing to do and we are all best friends so we can just play for hours, take breaks and chat or work on other band related activities.

BEALBY POINT: On stage I think is where we are all happiest. When the crowd is into it and you know you are giving them a special night sharing our music that we care about so much, puts us all on top of the world.

BEALBY POINT: The main themes of our music come from our life experiences of going out in the world after high school and not really knowing what to do with yourself. Lessons that we’ve learned from growing up to pass on to our audience. We hope people can relate to our experiences and find some form of emotion, whether happy or sad, to connect with our music.

BEALBY POINT: Yeah there is a great story. We we’re all driving up to Nelson to go to Zack’s cabin and we pulled over about 2 hours into the 9+ hour drive. We were in the McDonalds drive-thru and the brake lines on the truck we were driving burst. We got the truck towed into an autobody shop that said they couldn’t have the brakes fixed until after the weekend. We had 5 guys total in this truck with all of our stuff packed for 10 days at the cabin. We ended up calling the Enterprise to rent a car. The only car they had was a Toyota Yaris which was probably a third of the size of our original vehicle. We had to stuff our bags all around us throughout the car to make it another 7 hours to the cabin. It was a comfy ride.

BEALBY POINT: Thanks for listening to our music and supporting us, it means the world to all of us. Stay tuned as we are just getting started, we have big plans for 2022 and we hope you’ll stick around for the ride.

BEALBY POINT: Anyone who likes our music or likes our answers in this interview can follow us on Instagram, Twitter, Tik Tok, Facebook, all @bealbypoint. Also check us out on your preferred streaming platform, you can find our new single, Mermaid From L.A. at this link -> http://hyperurl.co/MermaidFromLA      Thanks, <3