We are happy to introduce you to a talented a singer-songwriter from Los Angeles, CA – gHOUSTON!

[Blaster] Thank you for your time gHOUSTON! What music did you grow up listening to?

gHOUSTON: Shit, I’d be in the carseat listening to all my mom’s music. She only listened to a few artists, but those albums would be on repeat. Thats kinda how I approach listening to music too. I can’t just bounce around. She was playin that Justin Timberlake so much, and alotta singer-songwriter type music too. Corinne Bailey Rae, Sara Bareilles, John Mayer…definitely Beyonce and Mary J too. When the IPod came out all I was listening to was The Script and One Republic. Plus anything from Guitar Hero.

gHOUSTON: So I played violin from like ages 7-11, maybe younger. My mom had me doin every talent show. I never completely vibed with playin the violin I just loved how it sounded. Without that song “Secrets” by One Republic I would’ve never played. Once I quit that I picked up guitar and drums. Guitar was definitely my favorite instrument to learn. First song I learned was “Anarchy in the UK” by the Sex Pistols. Probably found that on Guitar Hero. Fast forward to high school I’m playin football so I had to put a pause on the music. But that’s also when I got into hip hop. Someone would be blasting hip hop in the locker room everyday, but shit didn’t really start to take off til I saw a Kanye interview on youtube around 2015. I just resonated with what he was sayin so much, I hadn’t even heard his music yet. It was so weird hearing someone talk about the things I’d have on my mind all the time out in the open. I searched him up and saw that red album cover, shuffled it and I was hooked. It’s like from that moment I knew I was gonna be doing music forever.

gHOUSTON: I’m coming to realize my music is based on the relationships I got with the people around me, including myself. Could be about friends, dating, family, business or whatever. I’ll say in the songs what I wish I said in real life, but I’m workin on expressing every part of me in real life. I realize being honest is where the progression is, and I’m so good at lying. But if you looking for a specific genre to assign me you can’t. I got rock songs, pop songs, r&b and some classical/rock too. Listen to “Edge” 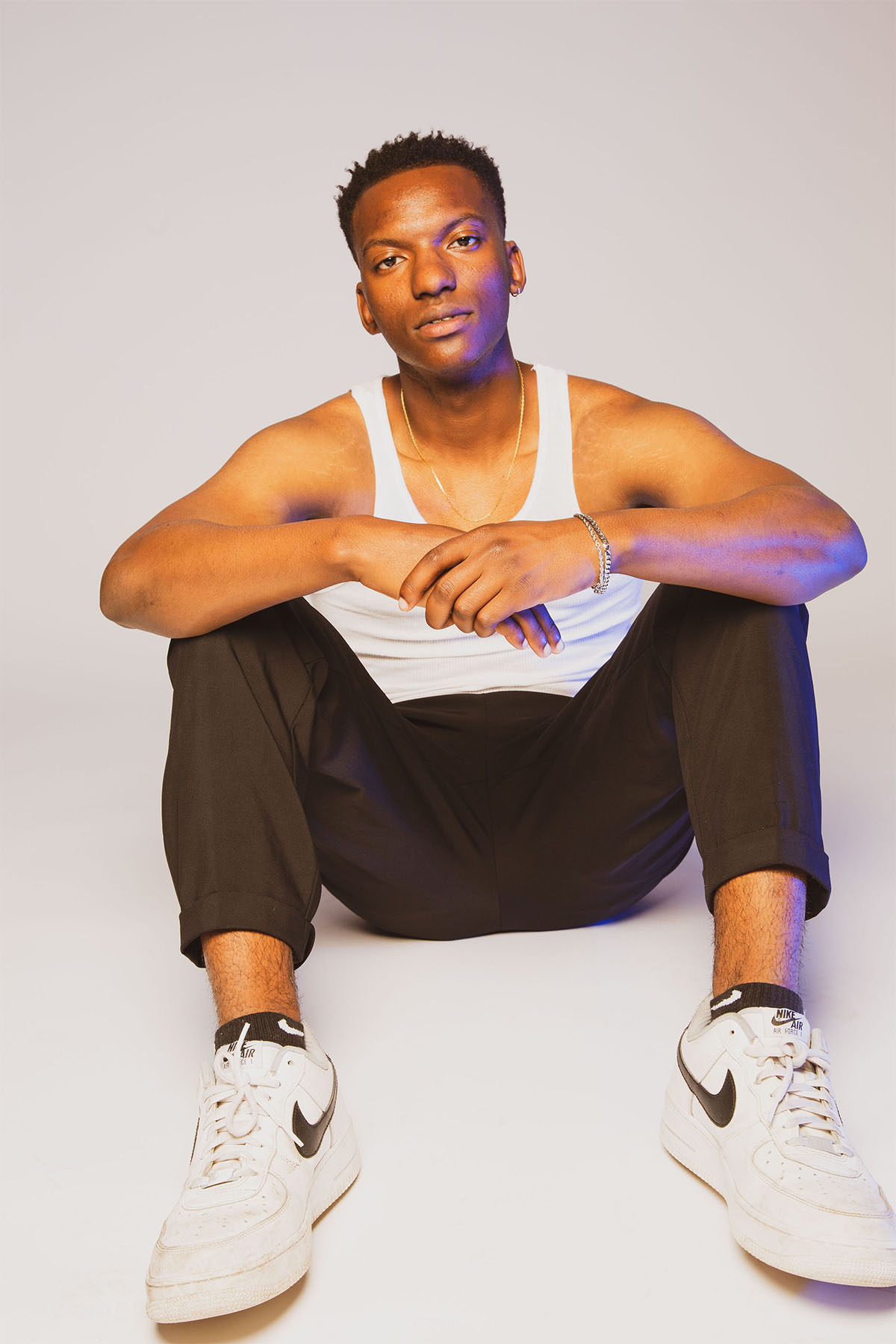 gHOUSTON: I write it all, but nowadays I could just write it in my head.

gHOUSTON: There’s an underlying theme to every song, its just hard to explain over text. I’d rather everyone interpret it their own way.

gHOUSTON: I’ve collaborated with friends in the past. I could only do it with people I respect. It’s usually so organic. I like to start it off with a dialogue about the tension in our lives at the moment, and find that common denominator cause it always exists. We’re all the same at the end of the day. 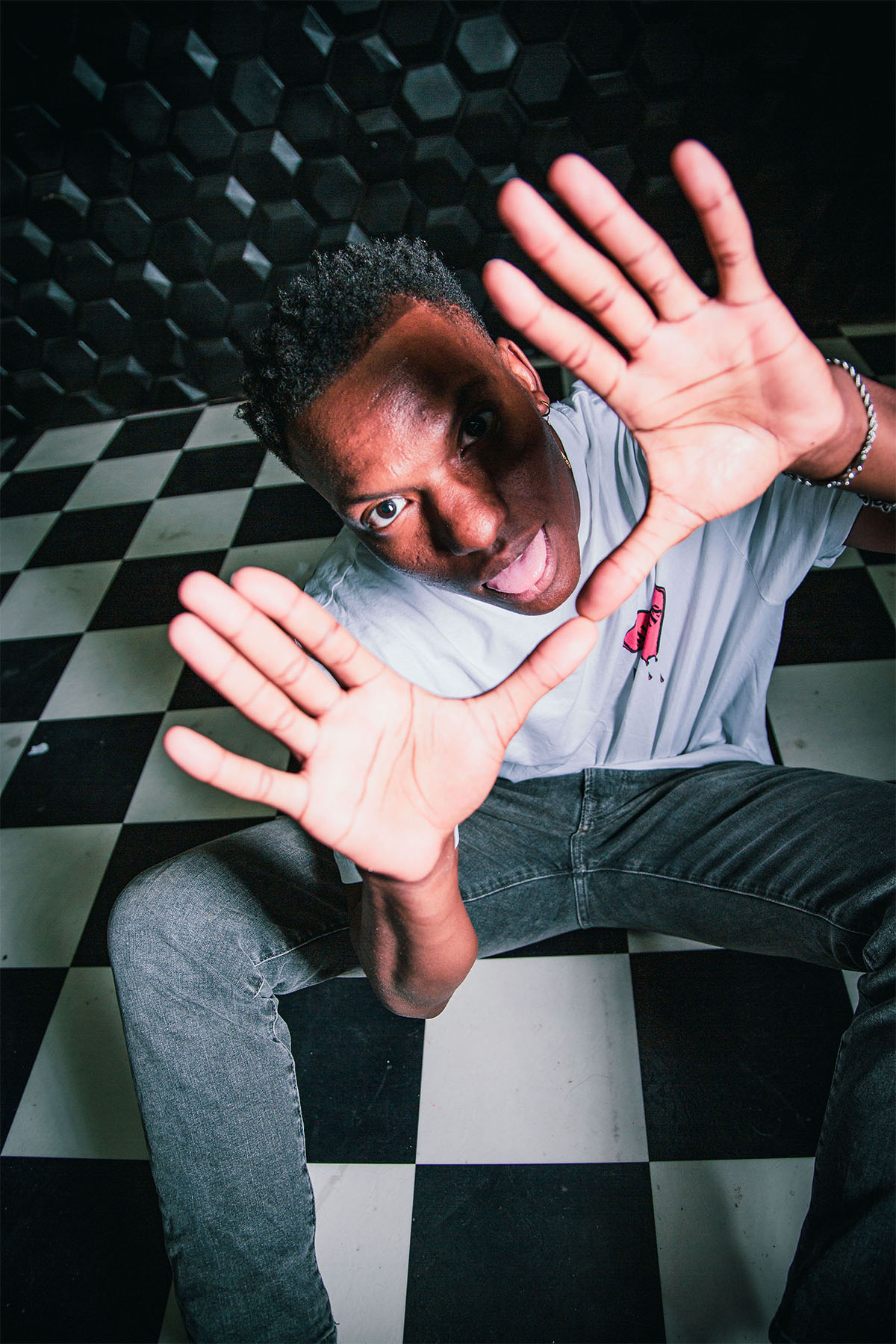 gHOUSTON: Being able to collaborate and respect others in a business manner is so important as an independent artist. I don’t have a machine behind me paying for services or posting my instagram posts for me. I’m learning just because money is involved doesn’t mean you’re not developing real relationships with real people. I could be the best artist in the world but if I’m not able to keep my word or have the will to support others there’s no way I’d make it in this industry. It would just contradict my character. There’s alotta scams and leeches out here focused on us up and coming artists, so I think the most important skill I’ve been developing is being true to me and others; and knowing my worth.

gHOUSTON: Nah, I got no label. Shoutout @socalindiemusicians though. Jenna’s been helping me out

gHOUSTON: I’m inspired by my reactions to everything. I really study myself and everything around me. I like to think of each song as a snapshot of an emotion. Cause in reality, I’m making songs that help me. That’s the stance I take whenever I’m about to make a song. Lately I’ve been putting the most emphasis on real conversations. It just gives me that genuine insight into someone else’s outlook. That factors in on a subconscious level when I record. 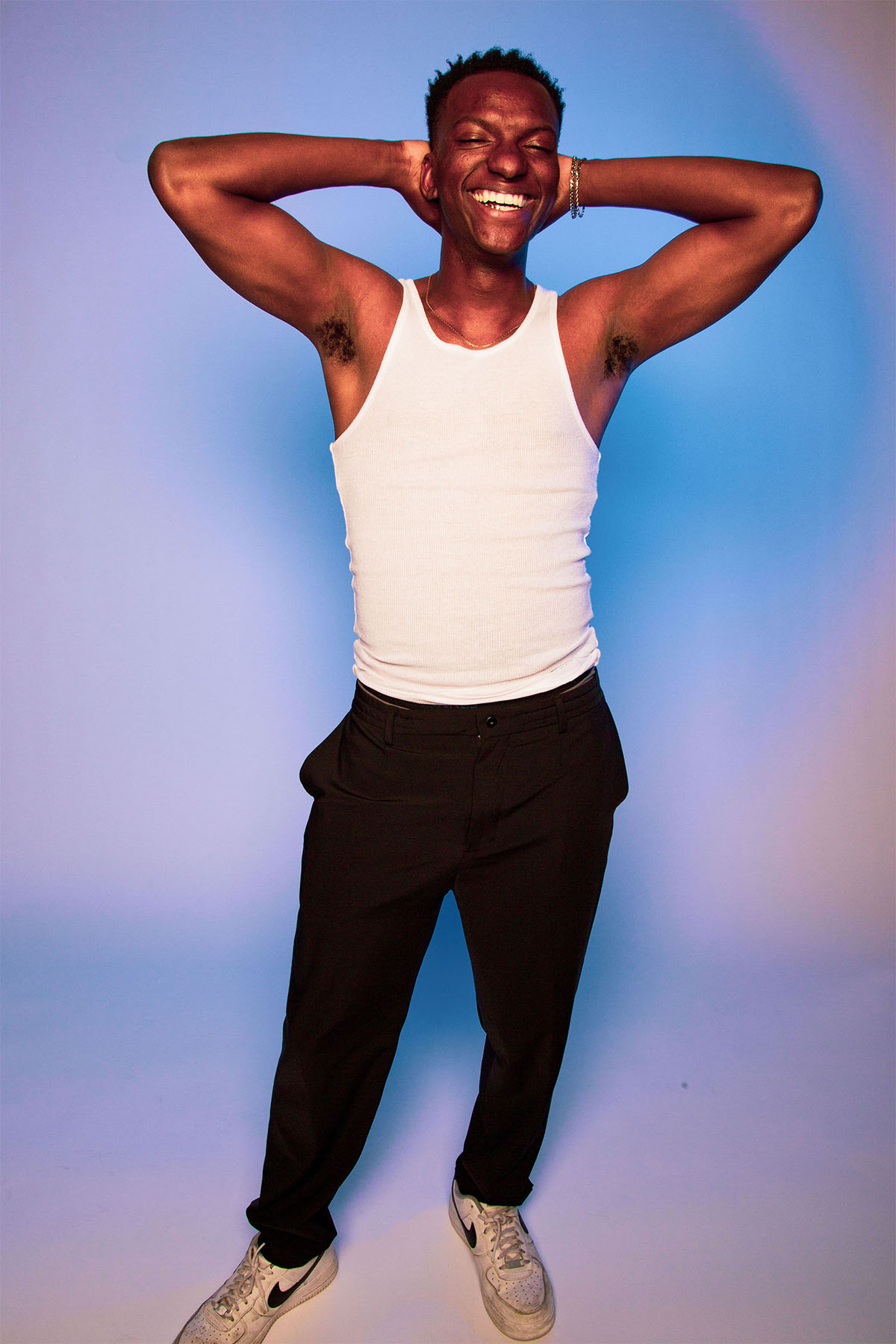 gHOUSTON: The topics of my songs range from the bad reactions I’ve had to situations to uplifting and healing music. My goal is to make music that heals cause we all need it at one point or another. Its important people know they aren’t the only ones feeling these feelings, that might be my “why”.

gHOUSTON: Right now I’ve been working on media and brainstorming things I can create that align with the songs. I’ve been making a lot of music the past 6 months and I want to take it to an entirely different level visibly. I’m still learning though. But I just dropped a song on April 8th called “Here We Go”. Its a cool song, but it aint my best.

gHOUSTON: My favorite song is “Reality” off my Detached EP. It was the first song I made where I did something entirely different. It’s a rock song to me, I don’t know what genre others would group it in. I feel like it encapsulated a feeling I’d had for a couple years prior to covid, and most of quarantine. It may have been my best emotional performance that I’ve released so far so I’m proud of that. I’m trying to break out of this tensity I get when I express myself.

gHOUSTON: My mom inspires to be myself and to not overthink it, I feel like thats a constant uphill battle. If we talkin artists I’d say Kanye West, Jim Morrison, Juice Wrld, Steve Jobs and Dave Chappelle for different reasons.

gHOUSTON: Man, if I could work with Jerry Joiner (Girlfriends) or Pharrell, we could shift some paradigms of our society. At least I feel that way. Cause so much is wrong right now and its in plain sight, but a conversation or an understanding might be the only thing in the way of fixing things. I should mention Kendrick Lamar too.

gHOUSTON: I’m working a 6am-2pm shift right now in construction, so I have free afternoons. I’d usually just come back to my apartment and record the rest of the day, but now I gotta put some focus on branding. I’m good at isolating myself and living in my own world. I think that comes with consistency. It really just comes down to what matters more to me, “enjoying life” and always being with my friends or a girl or whatever or putting my all into something I know I can succeed in. I figured it’d just be smart to invest in myself right now

gHOUSTON: I want people to learn to be 110% themselves in all situations. Unlearn all the taught perceptions and remember we were all babies once and no ones got it figured out. Not even our parents do. I love connecting people. I love relatability and honesty, and I think we’re all better together. Maybe they can see something in my music they see in themselves and it’ll help them love themselves more. I hate the phrase “Life is short” because it’s not enough emphasis on the death aspect. We don’t know whats gonna happen tomorrow or even ten minutes from now, so act accordingly. But quality of life matters too, so boundaries are important.

I’m putting out a video April 21st for my new single “Here We Go”. Check it out on my Youtube if its out whenever you’re reading this. It’s a finale to a string of parties I threw at my crib over the years. It was dope hearing people tell me they met so many great people at the party, and they had a great time. I thinking partying and letting go is important, just gotta balance it.