We are happy to introduce you to the talented music artist from USA – M-HUNT !

M-HUNT: As a child I was never really surrounded by rap music, it was mostly what was ever on the radio. I remember having a short thing for R&B music. it wasn’t until 7th or 8th grade when I started listening to Hip-Hop and I fell in love with it immediately.

M-HUNT: When I first got into rap music I was just a fan and I remember thinking to myself I want to try to do this. I felt I had things to get off my chest or whatever. Once Sophomore year of high school rolled around I remember I recorded a really shitty song on GarageBand on my phone with apple earbuds, at the time I thought it was great though. My junior year of high school though I was able to take a music production class and it was my first “real studio” and that’s where I learned a bunch of things about recording, mixing, etc.

M-HUNT: I would describe it as evolving and adaptive. Mainly rap but I recently been getting comfortable with expanding my voice, holding notes and singing a little bit. I can easily become melodic now as well, however my roots will forever be lyrical rap. 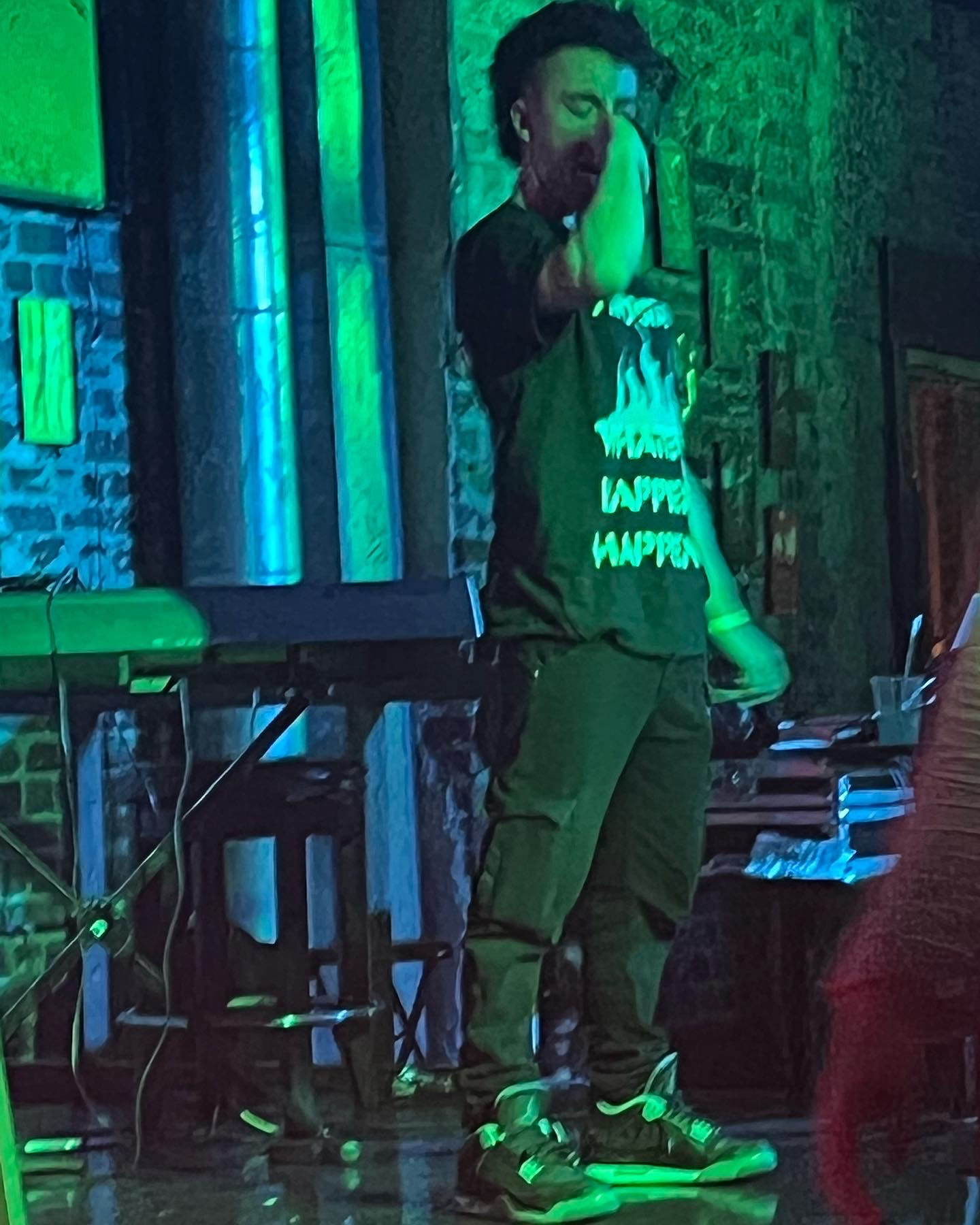 M-HUNT: I write everything myself. I am very against ghostwriters and I feel if you need a ghostwriter to make a song you do not deserve to be making music in the first place. There’s just something to being able to put words together that rhyme in such a way that I love and the day I can’t do that anymore is the day I will quit. I am a big nerd for the technicality of the game.

M-HUNT: I wouldn’t say anything is hidden, I’ve been pretty straight forward within and outside of my music with what my music is and why I do it. Though I make it for fun and because I simply love music, it’s also very therapeutic. For years and to this day I struggle with massive anxiety and music has always been my getaway. I love being able to tell my story however I want to.

M-HUNT: I love to collaborate with others. The process is different for each collaborative track. Typically an open verse will be sent to either me or i’ll send one to another artist. It usually begins with just a simple dm though.

M-HUNT: I learned a lot of business skills. I learned how to speak to people better, I learned to tread lightly and when to stay silent and when to speak up. I learned a lot of time and money management, marketing skills. Before I was with N-GEM i had a few managers that would help me but overall from the beginning I was always more of a one man team. Now that I have a team surrounding me I can focus more on the music aspect. I learned how to ride beats better, I learned new flows as I said I learned I can sing a bit. I’m still learning new things even now. 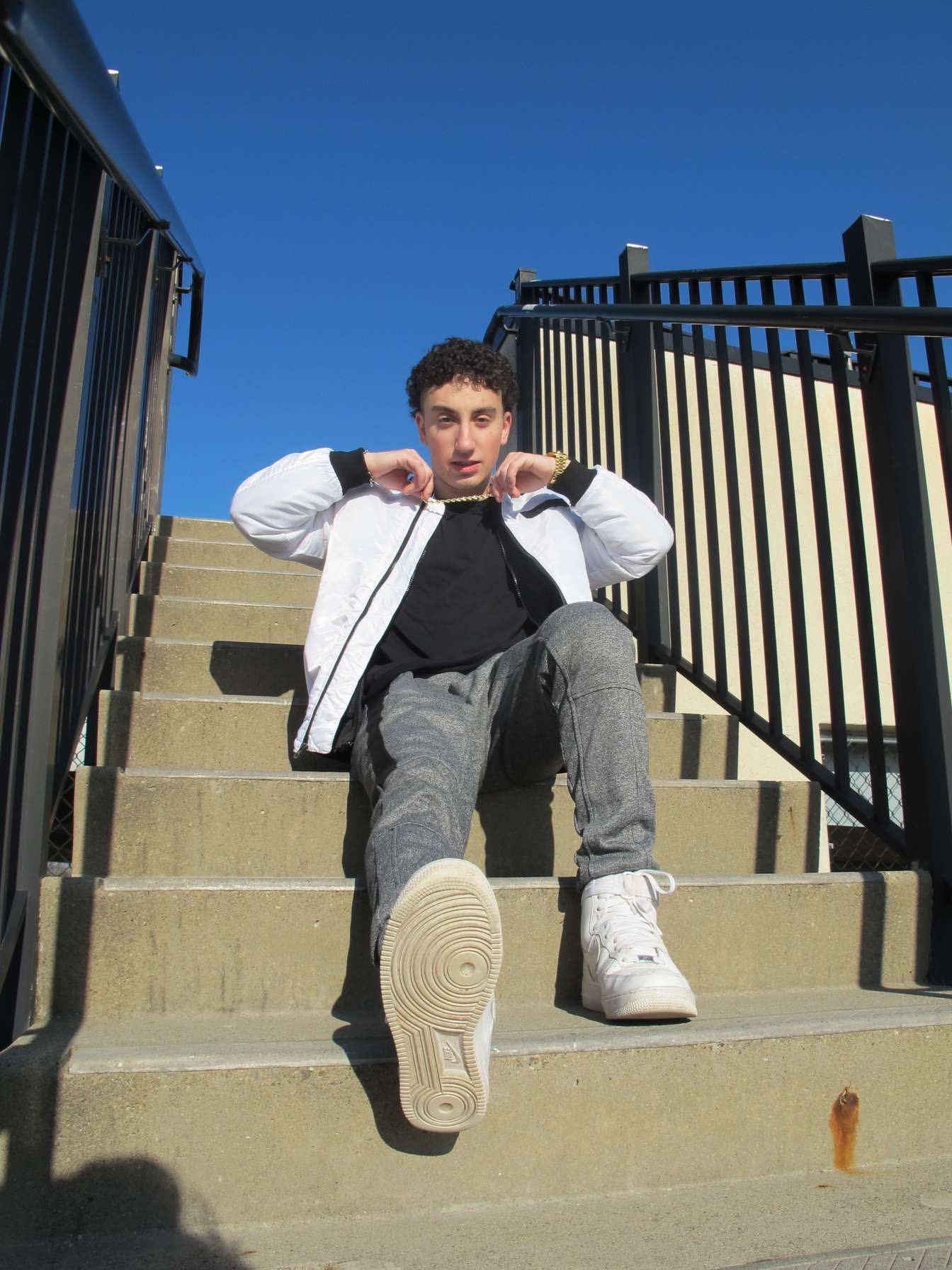 M-HUNT: I don’t have my own but I was apart of an indie label N-GEM (Next Generation Entertainment Movement), linking with them was a big step for me, they were even able to get me my first performance. I am forever grateful for them.

M-HUNT: I find inspiration in my day to day life. I was bullied and lied to pretty much my entire life by classmates. Struggle with anxiety/ocd/depression, have had fair share of relationships that ended in heartbreak. Anything I feel I would need to talk to somebody about to feel better I just put it into the pen. I also have a knack for wanting to prove everybody wrong, that I can and will do this till the day I die.

M-HUNT: I don’t really have solid topics, each song is different in it’s own right and I love saying things most people won’t talk about or say. If I had to choose I guess it would be proving my detractors wrong or dealing with my own mental health, but I don’t put myself in a box. I talk about real world problems like racism or domestic violence. I also just love storytelling in my music as well.

M-HUNT: As of speaking I just finished my next album “Whatever Happens, Happens” which will release fall of this year (2022). I’ve released two singles of the project so far, Empire w/ Elijah James and Money Talks with two more singles to come before release. Clouds on July 15th and All I Need ft. Skrilla49 August 12th. I’ve released multiple other project beforehand too, most are now just lingering on SoundCloud because I felt it was no longer up to par and was very gimmicky. The other album that is on all platforms though is called Better Than Expected and that released in early 2021.

M-HUNT: Well my favorite songs are the ones that are coming on the album, the best one I feel I released was “Empire”. I feel it perfectly encapsulates my current mind-state and where I feel I belong in the hip hop world.

M-HUNT: My inspirations vary. I have my favorite rappers, Eminem, Cordae, Kendrick, Joyner… lyrical guys. However I also been getting into more Trippie Redd, Moneybagg Yo type music as well. I also take inspiration from rock, I love Thousand Foot Krutch, Finger Eleven.. Linkin Park. I love a lot of music.

M-HUNT: Musician wise I would love to do a song with Westside Boogie, Cordae, Grip, Lil Wayne, Polo G, Billie Eilish, just so many people. Of course Eminem would be dope but I don’t think I’m ready for that yet. Producer wise I want to work with Illa, DA, Dre, Timbaland, Hit-Boy and that list goes on and on, so many people have great sounds.

M-HUNT: At first it was difficult but now that I am with N-GEM I was able to take time off of school. My job is very flexible with hours so when I need off to go perform or do something it is not really an issue. I’m still adapting to this lifestyle still but so far so good.

M-HUNT: At the end of the day even if you do not like my music personally all I really want is A. You can see the skill and passion and the fact that I’m not just doing this for money or fame because honestly I hate dealing with both those things. to a certain extent. Money is great and I love my fans but as they say more money more problems. B. If my music can speak to somebody and help them through a dark time or whatever they are going through, then I feel my mission has been accomplished.

M-HUNT: Thank you for being with me over these past few years. It was a bit of a bumpy start but I am confident we are now on the right track. I love you guys to the moon and beyond.