We are happy to introduce you to the talented musician from USA – OneLast Rose!

[Blaster] Thank you for your time What music did you grow up listening to?

OneLast Rose: When I was younger I would always listen to a bunch of random music, whether it was dubstep, rap, hip-hop, meme music, whatever. I always listened to whatever made me just wanna stop what im doing and start dancing, but it was mostly always rap music.

OneLast Rose: It all started when I was in my freshman year of high school when me and my friends would go to class just making random verses. It was always funny because we would just say the most random things and the rest of the friend group would just hype each other up. After all that is sparked something I liked to do for fun so I started to make my own music that people would listen to and think would be pretty fire to listen to.

OneLast Rose: I honestly still don’t know what my music style is just because I am still playing around with my sounds and I want to keep on branching out to more genres of music. Would I ever find a specific point where my music will fall in? Probably not to be honest all I know is that if im having fun there will be many different styles and flows my songs gone have. 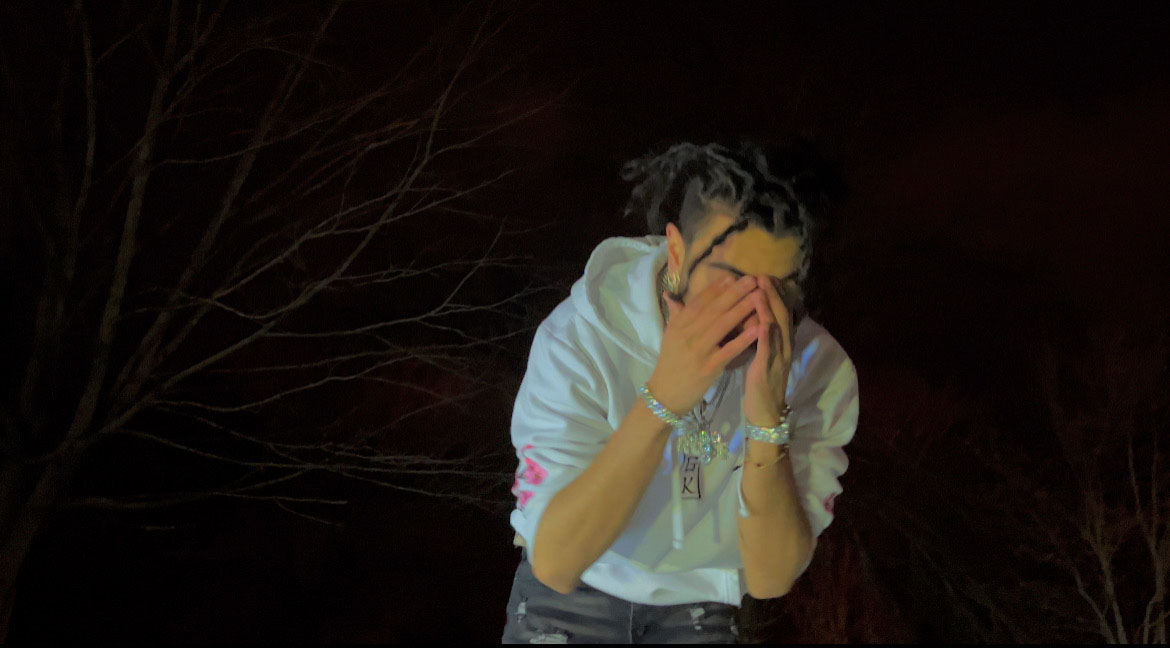 OneLast Rose: I write all my songs its just better in my opinion I don’t gotta pay anyone for even need help from a writer when I can do it by my self. No disrespect to people who do but I feel like your missing a part of the experience .

OneLast Rose: Not all of my songs have a hidden meaning but there are few that are deeper than what the lyrics sound like. For example my song “Find a Way” is a letter to my mom and whoever is listening telling them my story after high school on how I got kicked out and how I had to change the way I was. It hurts every time I think about it but without those experiences I wouldn’t have made that song. There are other songs out there that I made with hidden meaning but that’s for y’all the people listening to my story to find out.

OneLast Rose: Ive collabed with a few people but not too many because when I look for someone to collaborate with it has to be someone I will listen to there music too. I won’t just collaborate with people because they’re paying me. If I don’t like your music or I think you’re trash I will decline the offer. But if I like it and I can see myself listening to it I will 100% be down for example, Kid Proly is an artist I made music with and will continue to make music with just because I like how his music sounds. We’ve gone to the same studio made multiple songs and just vibed out.

OneLast Rose: One big and I mean big thing I learned was that you gotta have patience you won’t just become famous over night. Even the phrase “over night” doesn’t mean that, it means it takes days months even years for your music to be heard; so definitely patience. Also it taught me to never give up, aa you go along the road many people gone hate on you and your craft that’s just something you gotta get used to and not put your mind to.

OneLast Rose: No im not in a table or in any music groups I would love to be in one but for now we riding solo.

OneLast Rose: Honestly this Is a hard one. I listen to a bunch of songs watch a lot of movies and overall have a pretty crazy lifestyle. My inspiration can come from anything, it can be something that happened yesterday to something that could’ve not even happen yet. 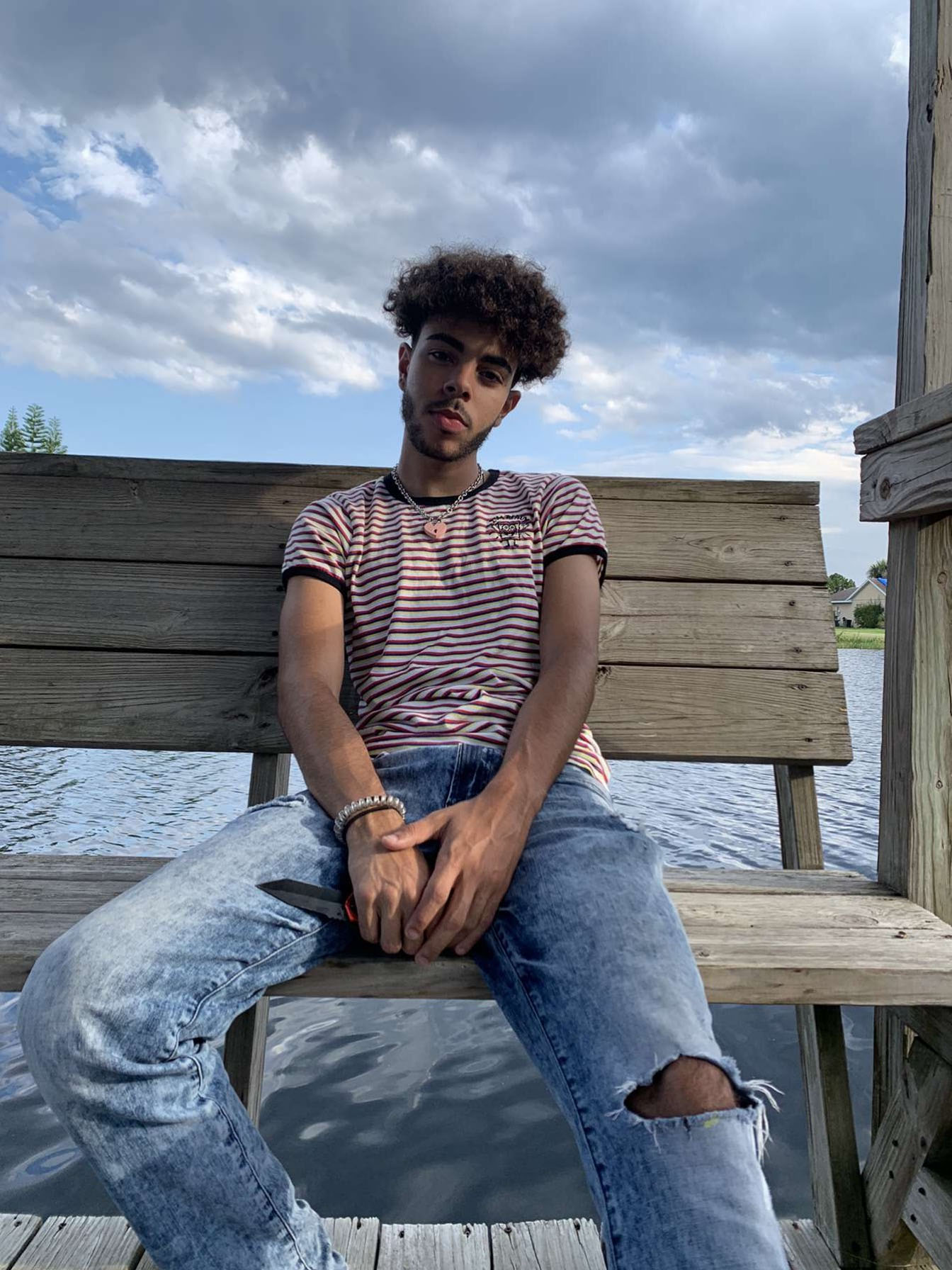 OneLast Rose: A majority of my songs are about love, heartbreaks, and just those core feelings that everyone feels. I write a lot about that because its easy for me to express my emotions through music. And not all the time heartbreak songs gotta be about a girl it can be about a situation or something else. Now will my topics change, of course they will as I get older I will most likely change my ways and have different things to say in my music. Not one rapper stays on the same topic their entire life.

OneLast Rose: Im currently working on several songs like “Roxie” and an album called “Before its Time” which is going to be a long project with multiple artist on it. But in the meantime I dropped a few new song like “Far Away” with Kid Proly and an EP called “Beyond Infinity” with four new songs.

OneLast Rose: Oh my best song will be “Find a Way” because that was the very first song I wrote when I was kicked out and it just holds so much meaning to me and hearing it put together is really a big achievement for me. My other best song must have to be “Callin” which is also part of the ep. That song was just so much fun to make and it was definitely out of my craft, not only that but the beat and everything was produced by me so it also holds a special place in my heart.

OneLast Rose: Im inspired by the whole freshman class cypher of 2016 they were just on a whole different level. Like when people saw them heard their music or even the cypher everyone was lit. One person in specific would be Lil Uzi Vert. I been listening to his music when I first found out about him in 2015 and after that I became obsessed with his music, the way he dressed and just so much about him. Sometimes I look back and I can see how he affected me even till this day he still has a massive influence on a bunch of things I do.

OneLast Rose: My dream collab will always be these three people, number one being Lil Uzi Vert. If I ever had the offer or even the chance to make a song with him I would always say yes to the offer. Second has to be Lil Yatchy that man is just funny and working with him sounds like a bunch of fun. And lastly this was a very old friend of mine, SSGkobe. its sad that we fell off but I would always be down to make music with him.

OneLast Rose: I honestly do everything I have to do during the day and once its night time I start to make music write lyrics and even go to the studio just because during the day I like to spend time with family and friends. Its a crazy lifestyle but hey, what can I say I gotta work for what I want in life.

OneLast Rose: Honestly you don’t gotta listen to my music but if you do I just want y’all to know that life is a rollercoaster there’s ups and downs and when it comes to an end you will honestly end up enjoying it wishing you could go again. You are not on your own in this world and there are others out there that can feel your pain it all just takes time. So end of the day have fun and don’t let the bad things that happen make you who you are or want to be.

OneLast Rose: Im nobody to tell anyone anything but one thing I can say is work hard for what you want this life is so short that you never know when its about to end. Like one of my old friends told me shout out to Y-Bash “Would you rather go out regretting the things you didn’t do or go out in a bang with all your efforts put out there for people to see” those words helped me move out of my shell so I hope it helps y’all out too.