An artist whose eyes and ears are consistently set on the future, Subtractive strives to create music that is totally non-traditional. His compositions explore the limits of electronic sound, while maintaining a rhythm which is irresistible to dancers.. We are happy to introduce you to a talented music artist – SUBTRACTIVE!

[Blaster] Thank you for your time!What music did you grow up listening to?

SUBTRACTIVE: On my Dad’s side it was a lot of Boston, Journey, Yes, Rush, and some harder bands like Alice in Chains; on my Mom’s side it was more Enya, Yanni, Andrea Bocelli, Jazz and sometimes Native American pan-flute music.

SUBTRACTIVE: My father was a pro-level drummer for concert and stage. I had tried my hand at piano, acoustic guitar, electric guitar, electric bass, and drums, but each time I did not have the patience for formal lessons and got bored quickly. I was invited to one of my Dad’s recording sessions, this particular time it was at Donny Brown’s studio – Donny Brown is the drummer on the most famous tracks “The Verve Pipe” released, like “Freshman.” Donny did recording and production work for my Dad. Upon seeing the whole process, with all the knobs and buttons and gear and computers, I knew that was what I could really dig my teeth into as far as a musical passion. After I expressed my interest, Donny gifted me a copy of Propellerheads Reason – version 3 – and my Dad bought me a E-MU 25 key MIDI keyboard. I used a basic family computer with the software loaded up and began my journey.

SUBTRACTIVE: The exact genres have shifted over the years from Minimal, to Techno, to Progressive House and Melodic Techno, but the focus has always remained the same – an unforgettable night at the club. I want people to feel a balanced mix of light and dark emotions, deep bass and floating melodies, a feeling that gives the listener confidence. That “I can do and be anything” attitude.

SUBTRACTIVE: I am the sole writer of my music. Although I have done plenty of collaborations with other artists and a lot of remixes, I am the one-man-band of “Subtractive.” 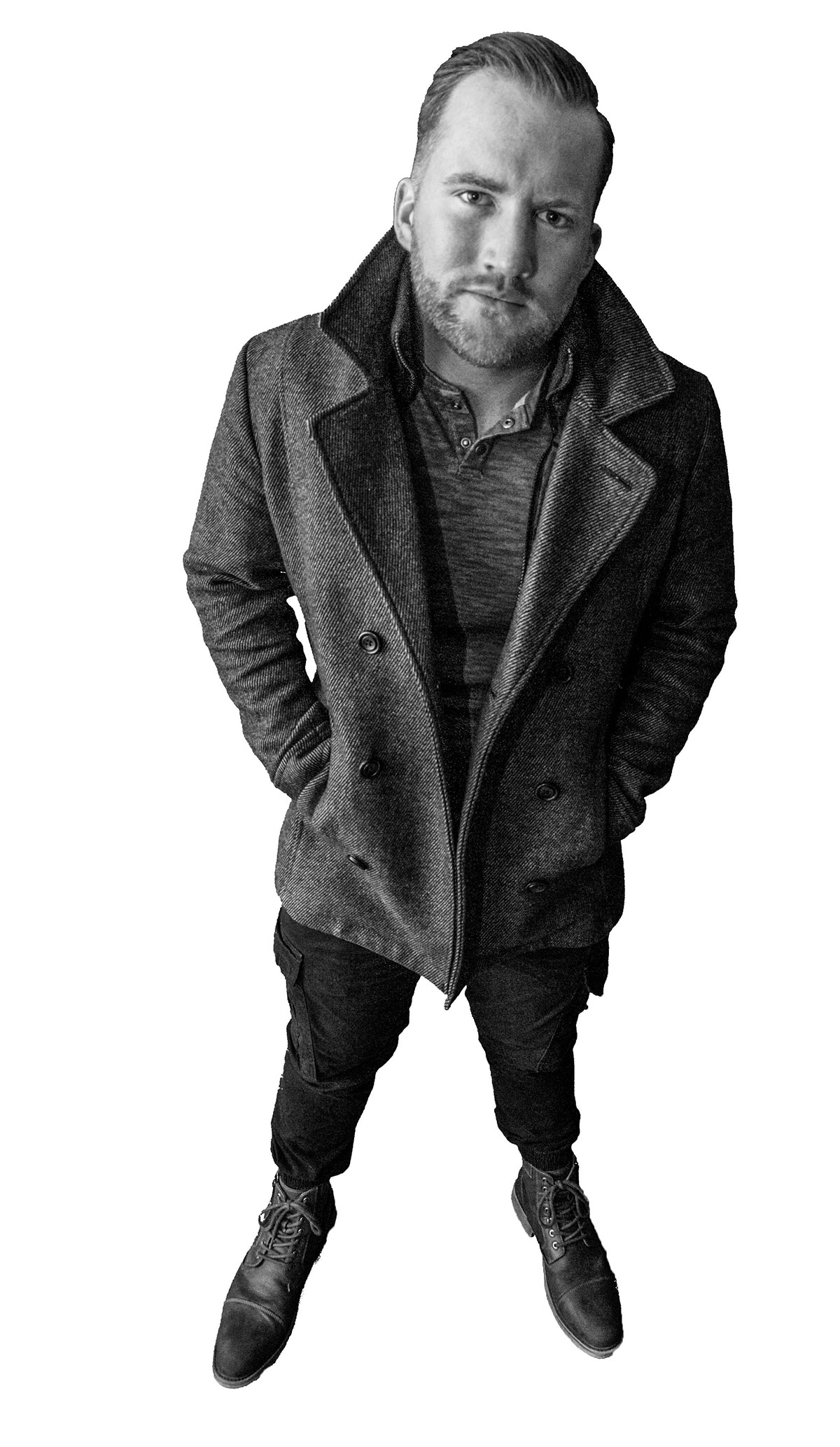 SUBTRACTIVE: I haven’t explicitly included hidden meanings or easter eggs in my music, but there are two themes that come to mind. The first is whatever was happening in my life at the time. I wrote a track in 2016 called “Trainwreck” for Justin James’ record label, Refused Audio. At the time I really felt my personal life was a trainwreck, as I had a major falling out with one of my best friends. The track is aggressive and dark, and that really reflected what I was going through. At other times when I’m simply writing from the heart, the music could sound quite positive and bright. It varies.The second theme would be how I name the music. My most recent EP with Bonzai Progressive is named “The Medici Effect.” In the Italian renaissance, the Medici family imported artistic geniuses from cultures all around the known world – painters, architects, sculptors, writers, inventors. It underlines my personal values of having a global view, sharing the best ideas and concepts from every culture on earth and coming together to create something beautiful.

SUBTRACTIVE: I do collaborate on a regular basis, although I have found that I can’t really get much done if I’m sharing studio space with someone else the whole time. I do enjoy being in the studio with others and visiting their studios, but when it comes to actual productivity I’m not really into “jamming.” I prefer it to be me, myself, my gear, and total focus for 6-8 hours. In order to make this conducive to collaborations, I prefer passing stems and projects back and forth, or rendering demos and getting feedback and notes on changes.

SUBTRACTIVE: Being in sales as a day job, and jobs that required going to trade shows and conferences, it really helped with not being afraid to talk to strangers. Not being afraid to network, to introduce yourself, to give your elevator pitch of what you’re all about, but also being able to intently listen to what others have to say and being a good conversationalist. It’s all about relationships, networking is paramount, being sociable and trying to be a person people want to be around is really important. It doesn’t matter if you’re a pure genius when it comes to music production, if you are socially inept, unfortunately you won’t get far.

SUBTRACTIVE: I stay independent as an artist, but have signed specific tracks and EP’s to several record labels over the years. My latest EP called “The Medici Effect,” came out on Bonzai Progressive, based in Belgium. I’ve also released on the German techno label Trapez, as well as Traum; and Canadian label Refused Audio. There are many others in between those that I’m proud of, and I am open to working with whoever I resonate with at the time.

SUBTRACTIVE: I’m already so involved in the dance music scene that if I really need inspiration, I have to separate myself from that whole thing and get in a different headspace. I’ll turn to other artforms like film, painting, architecture, industrial design, sculpture. If I use film as an example, I’ll not only be inspired by the movie itself, but the study of the artform, behind-the-scenes information I can learn, and any in-depth analysis or reviews that have been done. I love learning about all the passionate minds that went into creating a work of art. If I only used other producers/DJ’s as inspiration I’d get too caught up in my head thinking about my own music career or the next gig or the tracks I need to finish. If instead I look at an artform I’m not directly involved with, I won’t compare myself to it – I can just observe and absorb. 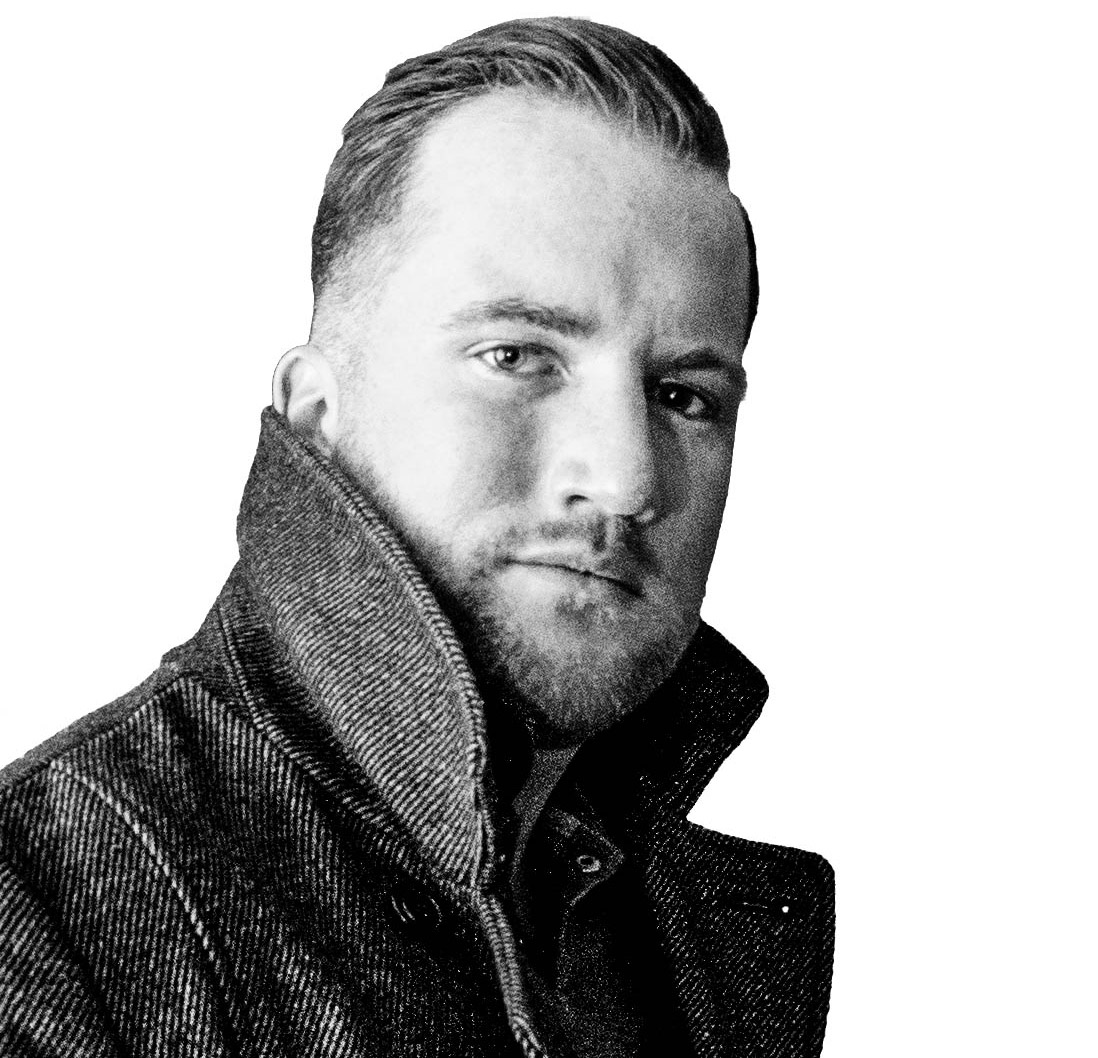 SUBTRACTIVE: My songs are all based on what emotion they evoke when a listener hears them on a massive, well tuned nightclub sound system. That’s what I’m always thinking about and envisioning when I’m creating, what kind of experience that feels far away from the normalcy of everyday life, what’s going to ignite that true escape for club-goers, what’s going to give people that feeling that they can do anything for just one night. If I apply deeper, personal meanings to the songs, that is always secondary to the listener, and I have to remain conscious of that.

SUBTRACTIVE: I’m currently writing a lot of new music as I’ve had two labels approach me recently, each requesting an EP. It’s been a pretty busy time for me in the studio because of that. Beyond making original tracks, in the past month I’ve recorded two exclusive DJ mixes, one for Bonzai Basik Beats radio show in Belgium, and another one for Fuse Club’s radio show in the UK, both of which have not been released yet. I am set to do a live stream here in Michigan, USA at the Evolve music headquarters in the city of Lansing on 4/25, and a couple days before that on 4/23 I’ll be DJing at a nightclub called The Magic Stick in Detroit, MI, playing as support for Kyle Watson and Ranger Trucco.

SUBTRACTIVE: I think my personal best as far as skill and sonic quality would be one of my lowest performing releases, “The Women of Algiers” that I released myself on my own label at the time called “Avant Garde Noise.” The label was more of an experiment that has been tabled for now in favor of bigger labels that already have a wide reaching promo pool and a great marketing engine behind them. Being that I released it myself and I’m not beholden to any contracts, I think at some point I will re-release it on a bigger label so that it can get the attention I feel it deserves.

SUBTRACTIVE: The list of “wants” is long and it’s hard to give the top spot to any one artist, but I would say Tale Of Us would be at the top of the list. They have been responsible for a massive shift in the popularity of melodic techno and progressive house, and what they do with their shows and their image is always inspiring. I would particularly love to work with them on remixing a classic trance/dance record like Chicane’s “Saltwater” or York’s “On the Beach,” and bringing a darker modern sound to that early 2000’s era of club music.

SUBTRACTIVE: I still work a day job to “fund” my music career – but it’s not as drab as it sounds. I actually enjoy what I do for work and I work remotely out of my home office. This way I’ve been able to travel a lot without needing time off, and the job often informs a piece of the music or the dj career. I’ve been in marketing & advertising, software technology, IP rights & royalties – everything usually has some tie-in with music, so it’s not totally foreign. I also have no commute so when I need to take a break or the work day is over, all I have to do is move from my office to my studio and boom, I’m making music.

SUBTRACTIVE: I want people to remember how they felt when they listened to it – any sense of escapism, enhanced feelings of confidence, getting lost in the moment. If I can capture the essence of whatever that is for someone, I feel I’ve done my job as a techno/house music producer.

I don’t think of people as fans really, even if they only know me for my music. They are all real people I would love to have deeper conversations with and get to know on a real level. No artist should be above doing that! We are all human. Most of my “fans” are other DJ’s and producers – I always try to reach out to who I know is supporting my music and either get together to do an event or make a track or even just chat about the industry.

The best way to get all my information in one place is my website www.subtractive.us – you can find my music, DJ mixes, social links, press kit and contact info on there. Otherwise, my instagram is @alexhunt_subtractive and my facebook is fb.com/alexhunt.subtractive and all my released music is on iTunes, Spotify, & Beatport.