The awakening of consciousness and exploration of the inner spiritual world has just begun! We are happy to introduce you to the Psychedelic Heavy Stoner Rock band – Grande Fox!

Grande Fox: Hi, thank you so much for the interview, it’s our pleasure to discuss with you. Well, the band started in Thessaloniki in 2013. More specifically, Nick Berzamanis (frontman-vocalist-lyricist) and Zao Lefteris (guitarist-composer-visuals) created the band. It all started with a good friendship and shared the same love about music. Thus, having a great vision and dreams and after some discussions, they decided to join their passion and create Grande Fox.

Grande Fox: That’s a very interesting question. First of all,  we do have our frontman Nick who does the talking representing the band’s spirit. All lyrics are written exclusively by him. However, in general we work all together, we work as a team in whatever we do or it arises, whether it will be ideas, music creations, decisions or solving  problems. We are like a fist,  a very tight grip , and we always make decisions as a band , like brothers do. As regards to the next question, there are sometimes disagreements and quarrels inside a band and between its members. We have been confronted with similar problems as a band in the past. The key for that is good communication. You need to get to know each other and to find the golden ratio in your communication in order to avoid and eliminate such situations. That’s what we do.

Grande Fox: Yes of course. There are many bands on the list but if we have to choose one, it would be Godsmack – 1000hp. Τhey are one of our biggest influences, we love their music, we admire their energy and share almost the same madness on stage.

Grande Fox: There are always some hidden meanings in everything we write or show to the listener. Lyrics for example hide many messages, many influences from things that have happened or are happening in our lives or in the world in general. Things that keep us worried and troubled. Nothing happens by chance, everything is meant to send a message to the world. 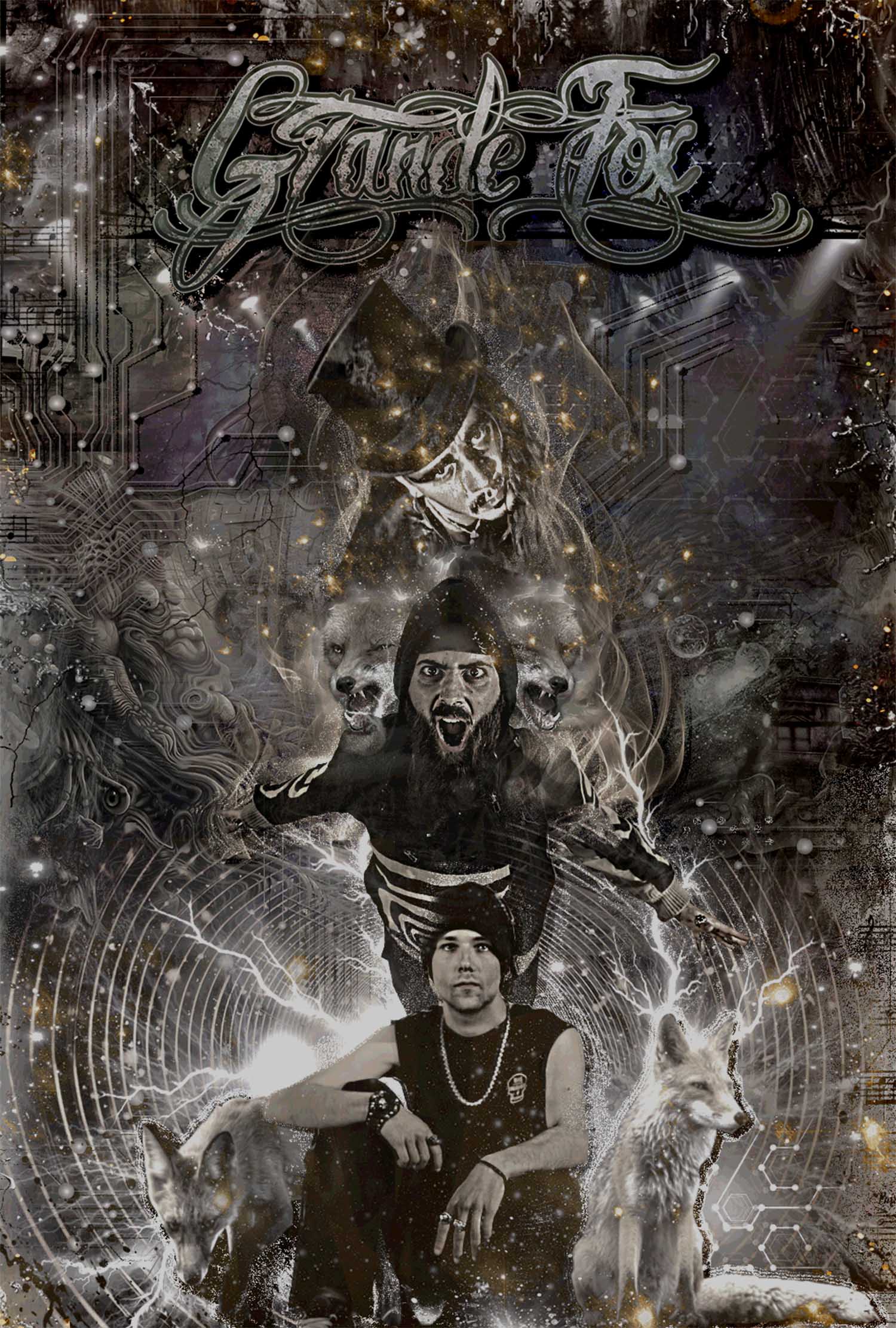 Grande Fox: As I mentioned before, good communication between band members is very important in order to maintain the balance. Apart from that, there must be goals and a plan for how the band will move in the future. It takes a lot of work and productivity all the time to keep the band evolving. This is also an investment that requires you to sacrifice almost everything to reach the top. As far as the psychological part is concerned, there will definitely be times that you will reach your limits, feeling pressured but always have the vision in your mind, always remember why you started this journey and that is enough to never back down.

Grande Fox: Influenced by our daily musical inspirations such as Godsmack, Korn, Rage Against The Machine, Guns n Roses etc. and most of the times by the mood we are in , or while we work on rehearsals writing some ideas and improvising. Mood is a determining factor to this. Ιt is seen and can be perceived easily in our songs as we are trying to externalize our emotions such as anger, indignation etc. This is music after all…

Grande Fox: Τhe release of our new LP Album ‘’Empty Nest’’ is on it’s way! Mixing and mastering the songs has been completed. We are currently working on audiovisual parts to complete the puzzle as well. You will see a big project with eleven shorter in time songs but very different than our previous projects as regards sound, lyrics and generally the whole heavy style. We can’t say more, stay tuned!

Grande Fox: We have not organized a tour yet, nevertheless it is in our plans for the future. The situation that prevails around the world at this time with Covid-19 is a bit unprecedented, so we are waiting to see how things turn out in this issue to get back on stages. All we can tell you right now is about our postponed life in Romania. We will show up as the opening act next to the big Greek band Villagers of Ioannina City in Quantic in Romania.

Grande Fox: Our latest song is called ‘’Hangman’’ and is a track of our new album entitled “EMPTY NEST” which is coming soon as we previously said. It was recorded at Blueberry productions in Thessaloniki and the final mixing and mastering was done by Marcos Rodriguez, the guitarist and producer of the band RAGE. The lyrics refer metaphorically to the end of Fascism , Racism and Nazism. The lyrics are based on this topic. Our purpose is to support the struggle against all that and we wanted to send a social message because it concerns us all. We are all people and our lives are very important, we don’t live forever so we have to show courtesy, love and respect to each other. We hope that these three things will dominate at some point. Division and fanaticism in any kind of ideology must disappear.

Grande Fox: 2020 didn’t roll as we had organized to move on as a band. Because of the situation created by the spread of Covid-19 and the necessary measures took place all over the world to protect people, we couldn’t schedule live shows as almost everything was cancelled or postponed. However, it was a good chance to move on with the new project. So, our goal for this year was the completion of the new album from all aspects required by such a professional project.

Grande Fox: The moment of the decision to create the band was made with absolute consciousness and determination. We looked at each other and expressed our need to create a band different from the music currents that were fashionable at that time. A band that will perform artistic curation in all areas, special lyrics, eccentric video clips and its own true character. A band that will tell truths without fear of being judged. A band with social concerns which are expressed in a complex way in the projects and do not resemble anything minimal at all. We do not follow the common line.  We are different, anxious and innovative in what we do with the forces we have. And we will continue.

It was not very difficult to find a name … It took us a few months but because we knew what we were going to do we always had the <<grande>> expression aside. So with our Grande spirit and vision, we wanted something more to complete the name and we came up with the word <<fox>> because of the existence of this beautiful animal in nature that somehow represents our ways and as we learned more about how it survives in nature we were truly inspired and ended up with the final << Grande Fox >>. A great spirit, a great vision that leads us to a great journey.

Grande Fox: Working with the band is always our priority. Nevertheless, when we have finished the rehearsals or after live shows or generally when time allows us to spend some time together, we hang out having some fun, drinking a coffee or a beer and whatever else we want to do. We believe that spending some time all together and discussing various topics either concern the band or not, it is also important because we get to know each other better and feel like brothers.

Grande Fox: Recording new music in the studio is a very good experience. We have a very nice time and we are surely happy. But there is no better feeling and enjoyment than performing live on stage. Our joy is indescribable and emotions can’t be compared to anything else. 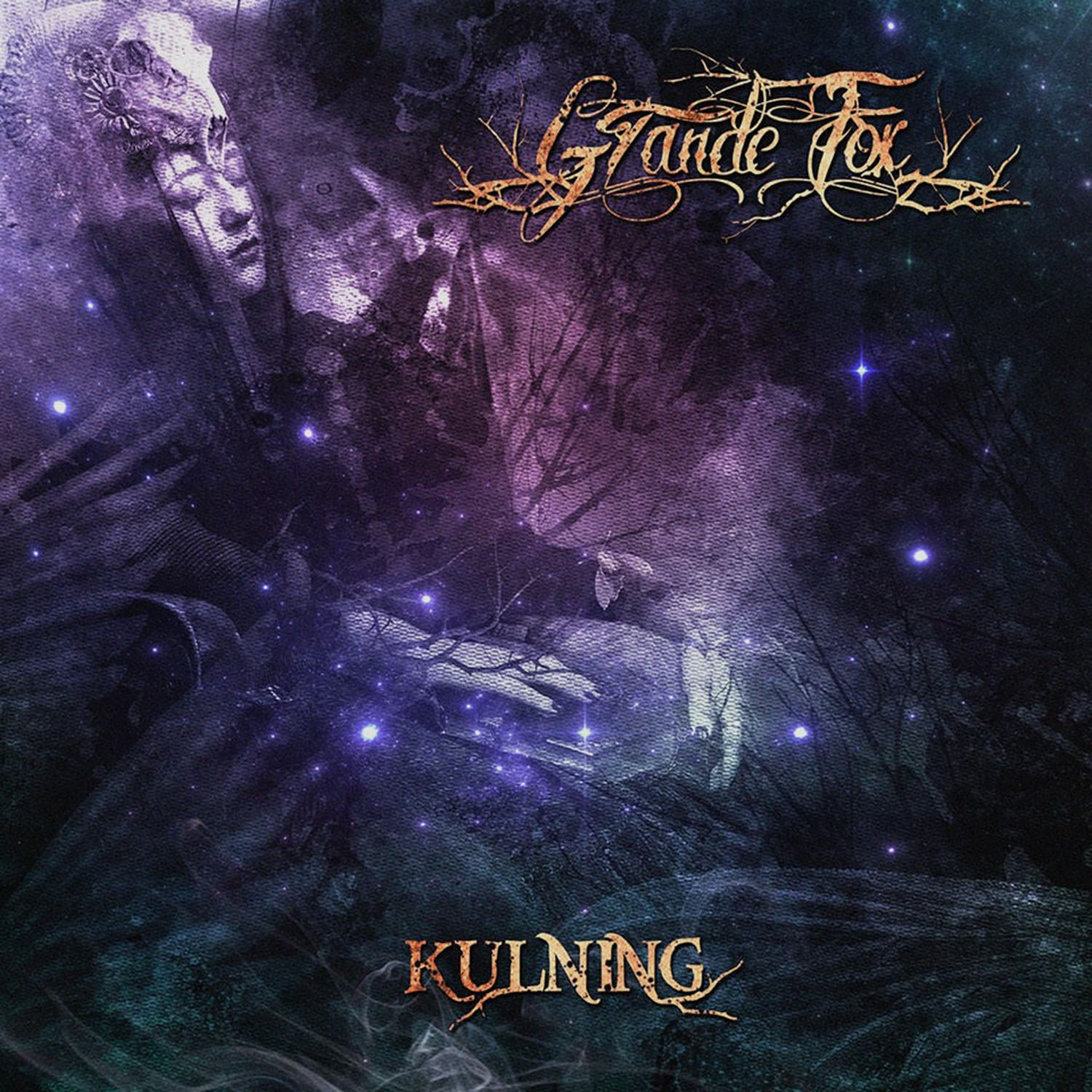 Grande Fox: The messages we send and we hope that people receive through our music are basically messages of awaken. Our music reflects the rage and the sadness we have for the course of the world and the society in which we live in. Misery prevails everywhere in the ordinary people who fight on a daily basis to make ends meet while at the same time some other people have the power to violate rights and laws and do whatever they want. Everything is done for money. So, we hope people continue to receive all these thoughts and worries, to face reality, to stand tall and fight.

Grande Fox: Obviously there are lots of funny moments that happened. One that I remember happened in Berlin when we went for our live performance in the historical rock club “Blackland”. The day we arrived, we went to Kendy’s house to tidy up our stuff. Kendy hosted us there. After that, we went out to find something to eat and specifically we decided to go to McDonald’s. We entered the store and started looking at the menu to decide what we are going to eat. When it was our turn to order, suddenly our friend and session guitarist Pavlos said to us ‘’guys I will try to order speaking in German’’. We started laughing thinking that he wouldn’t be able to communicate but finally he did it well because he had heard some key words from previous customers. Even the clerk started laughing and congratulated Pavlos.

Grande Fox: You can find us on every digital platform, facebook, instagram, bandcamp, spotify etc. We will put some links below