We are happy to introduce you to the unique universe of melodies from rising and talented singer-songwriter Brett Larsen and his music project Inquire Within !

[Blaster] Thank you for your time Brett! What music did you grow up listening to?

Inquire Within: GROWING UP I PRIMARILY LISTENED TO ROCK N’ ROLL. MY PARENTS RAISED ME ON THE GOOD STUFF LIKE; METALLICA, GODSMACK, ROB ZOMBIE, LED ZEPPELIN, ALICE IN CHAINS. BASICALLY ALL THE MAIN CLASSIC ROCK ICONS THROUGH EARLY 2000’S ROCK.

Inquire Within: I started getting into music production around 2015 when I started recording the “Universe In My Head” album. I bought some recording equipment to self record my vocal and guitar parts but knew I wasn’t at the skill level to put out a good mix/ master, so I had a friend of mine do that part for the album. I spent a couple years with those tracks practicing mixing and mastering. Then around 2018 I enrolled in Film Score Composer, Hans Zimmer’s class on Film Score and upgraded all of my music equipment and software to be able to write and record with the same tools as Hollywood movies. After some years of practice I felt confident enough to do all the writing, recording and production of my latest album, “Meditation For The Devil”. I have another couple albums worth of music thrown together as well. I have gotten quite hooked on writing and producing.

Inquire Within: I would describe it as Cinematic Alien Rock/ Metal. Song to song I like to do multiple styles and genres but the consistent underlying sound that ties them together would be a Spacey Cinematic sound. 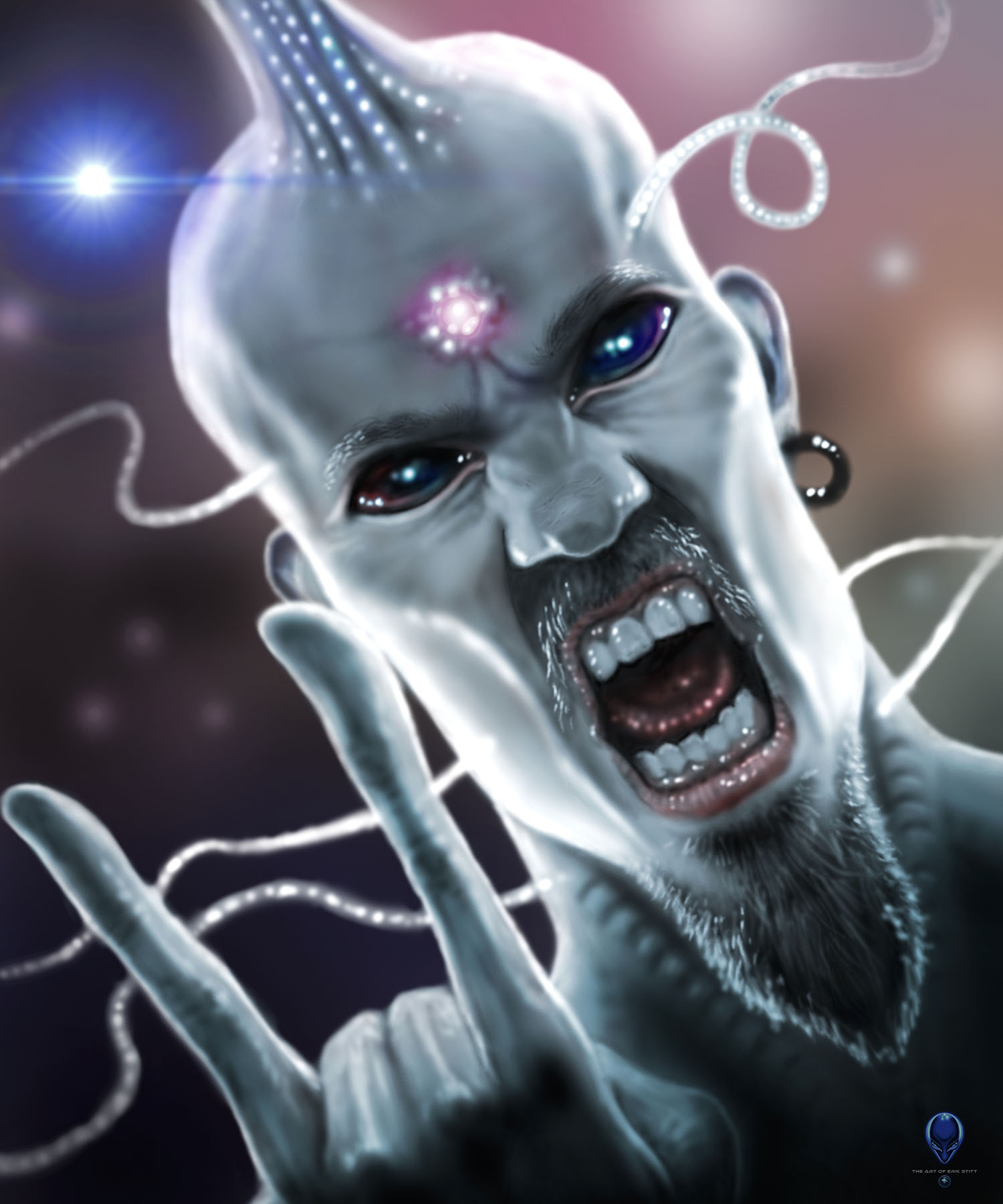 Inquire Within: Aside from the first album I write everything. On “Universe In My Head” it was a big collaboration of 16 musicians from 9 countries. I had some of my best friends on it as well as even some rock and metal legends like, Dirk Verbeuren of MEGADETH.

Inquire Within: For the most part I think I am pretty blunt with the meaning of my songs. On my first album and on my next album, a major theme is UFO’s and the Government coverup of them. On my newest album, it was primarily about forgiving yourself, working past inner demons and becoming the best version of yourself that you can be.

Inquire Within: Lately I have been writing everything myself, but when I do collaborate with other musicians it usually starts with either a vocal track or a guitar track and then the recordings get passed around to the rest of the musicians and everyone writes their part on top of the other. 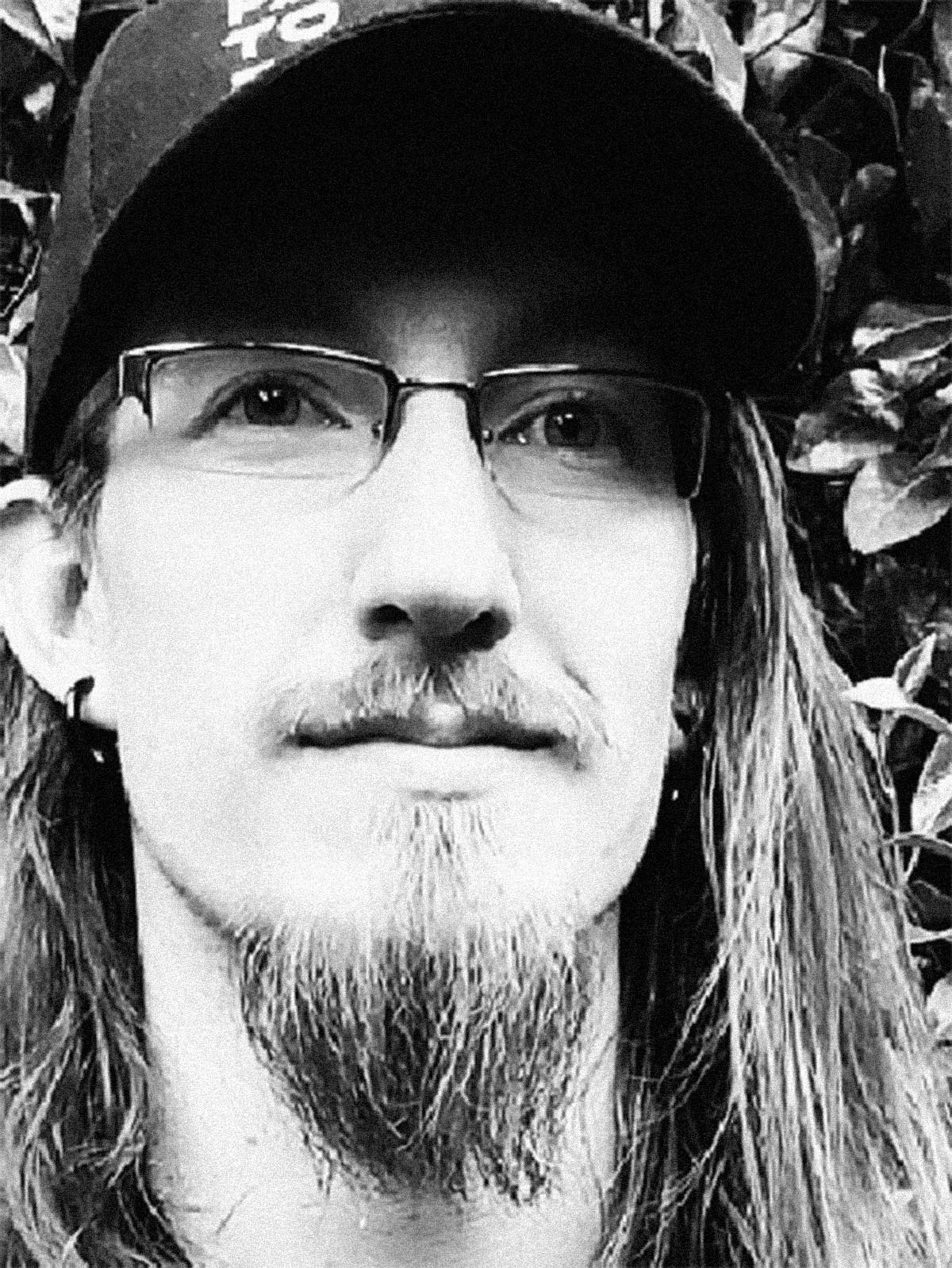 Inquire Within: Aside from learning more about music/ production I would say the best skills I have learned and constantly try to keep on are marketing, networking and professionalism. I think those 3 skills have gotten me far more opportunities than the music itself.

Inquire Within: I release everything independently but am a member of ASCAP (The American Society of Composers, Authors and Publishers) and have partnered with the distributer CDBaby for my last couple albums.

Inquire Within: I have been inspired by tons of musicians as well as many people outside of music. One of my first music influences was Marilyn Manson, not just for his musical style but for how epic of a show he puts on and the mystery built around his persona that keeps people talking about him. Vocally I have taken a lot of influence from NERGAL from Behemoth, Phil Bozeman of Whitechapel, Devin Townsend, Jonathan Davis and plenty of others. Musically I am influenced by Manson, Rob Zombie, Sully Erna, Lorde, Pain and a lot more. I also have been influenced by people like Dr. Steven Greer, Jimmy Church, David Icke and others who aren’t afraid to talk about really out their topics that might make some people think you are crazy.

Inquire Within: My main topics from the beginning have revolved around UFO’s, conspiracies and exploring questions around reality and existence itself. There are also a lot of songs based around self growth and working through hard times. I wouldn’t be surprised if my topics change some overtime, I don’t want to typecast myself as just being the UFO musician but………. I definitely am kinda that.

Inquire Within: That is a tough one. My most streamed song is by far “Meditation For The Devil”; it is also one of my favorites. This song encapsulates aspects of all my favorite genres and they are blended together in a weird/ dark/ happy acoustic song. It is probably the most unique song I have made.

Inquire Within: There are a lot of musicians that I would be mind blown to work with. Something that would be epic would be to get Chris Barnes (Six Feet Under/ ex- Cannibal Corpse) and Cameron Argon (Disfiguring the Goddess/ Big Chocolate) on a track together with me.

Inquire Within: It gets very difficult at times; I’m married and I have a couple kids and we all like to stay busy going out on adventures. I also work non-stop on other creative projects as well as run a business. Music though is a high up priority for me and music is what has opened so many amazing doors for my life, so I always find a way to put time into it.

Inquire Within: Don’t be afraid to be you and don’t be afraid to say what you have to say. It kind of feels like society is moving backwards in some ways when it comes to expressing yourself and your beliefs. It’s almost like in todays world the cool/ social pressured thing is to go along with the mainstream instead of on your own path. I don’t like that at all. Be you, don’t be afraid to be weird, be honest with yourself, go out with a good intent and heart and let the cards fall where they fall.

Inquire Within: I am humbled by you all, by the messages and comments you send me. I am thankful for you all, my life has changed and I have grown in wonderful ways because of opportunities that fans helped create. I can’t imagine I will ever stop making music and weird videos until I physically can’t anymore; so I am excited to see where the rest of this journey takes us.