Unique use of electronics combined with rock and metal influences lifts the audience to the heavens!! We are happy to introduce to you Hurricane On Saturn, fantastic music band from Italy!

Hurricane On Saturn: Hi and thanks to you. Dakm and I (Maydx) have played together since ever and having had different musical experiences in the past we decided to go both singing and that’s how the idea for a new band starts. In the mid 2019 we called the other guys (Rastaban, Menkib and Antares) who were already playing with other local bands, since we all live nearby and have known each other for a while.The alchemy blasted immediately and, boom, we found ourselves playing straight on the same wavelength without too many words, if you know what I mean. Some things don’t have to be explained, you understand it may work and further evolve just because you don’t need to have too much speech. 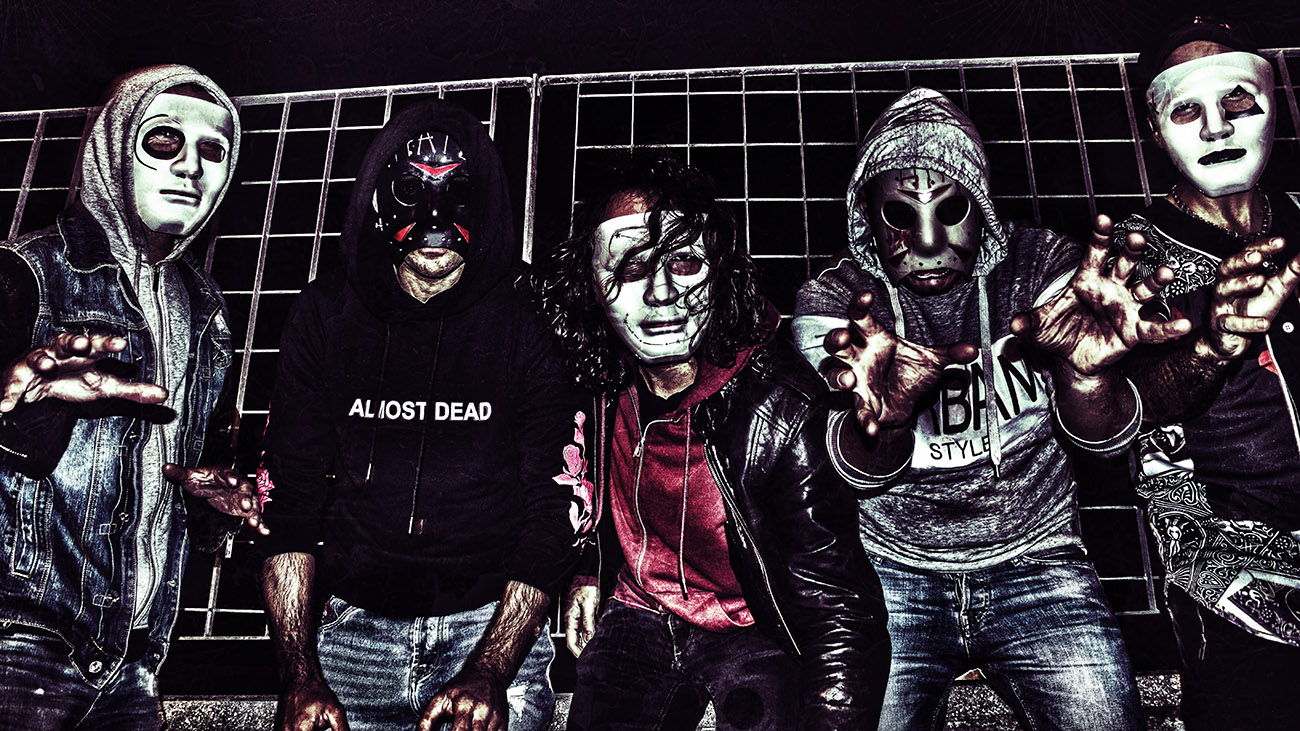 Hurricane On Saturn: Well damn, that’s not easy. Or maybe it is. We just put in everything we like regardless of genre or definition… metal, EDM, rap… we are into a lot of things. It just must be energetic, fresh, and coming out of the heart. It inspires us for good and we hope it can be motivational for other guys out there. Sincerely that’s what people need the most in this crepuscular epoch.

[Blaster] As a band, is there one person who is the leader?

Hurricane On Saturn: We do not have a real “leader” but at the same time we know it’s almost impossible to work all together on a song at the same level.
It’s all about the distribution of roles. Actually, Dakm is the most inspired for the raw song building. Everyone can add or propose what they feel for their own part or even other instruments and we talk about it.That’s how it goes at the present and it’s not said that’s going to work also for the future… But for now, it comes very easily, as I told you before, so that’s not necessary for us to discuss a lot about that. What it flows it flows when it’s coming out good.

Hurricane On Saturn: We come all from different musical influences so there’s no chance at all we can agree on a single favorite album but that’s ok, personally I find this diversity very exciting.

Hurricane On Saturn: No, what you see is what you get, although there is a hidden identity behind our masks. That’s because it doesn’t matter at all who we really are. Only the message we send is important. 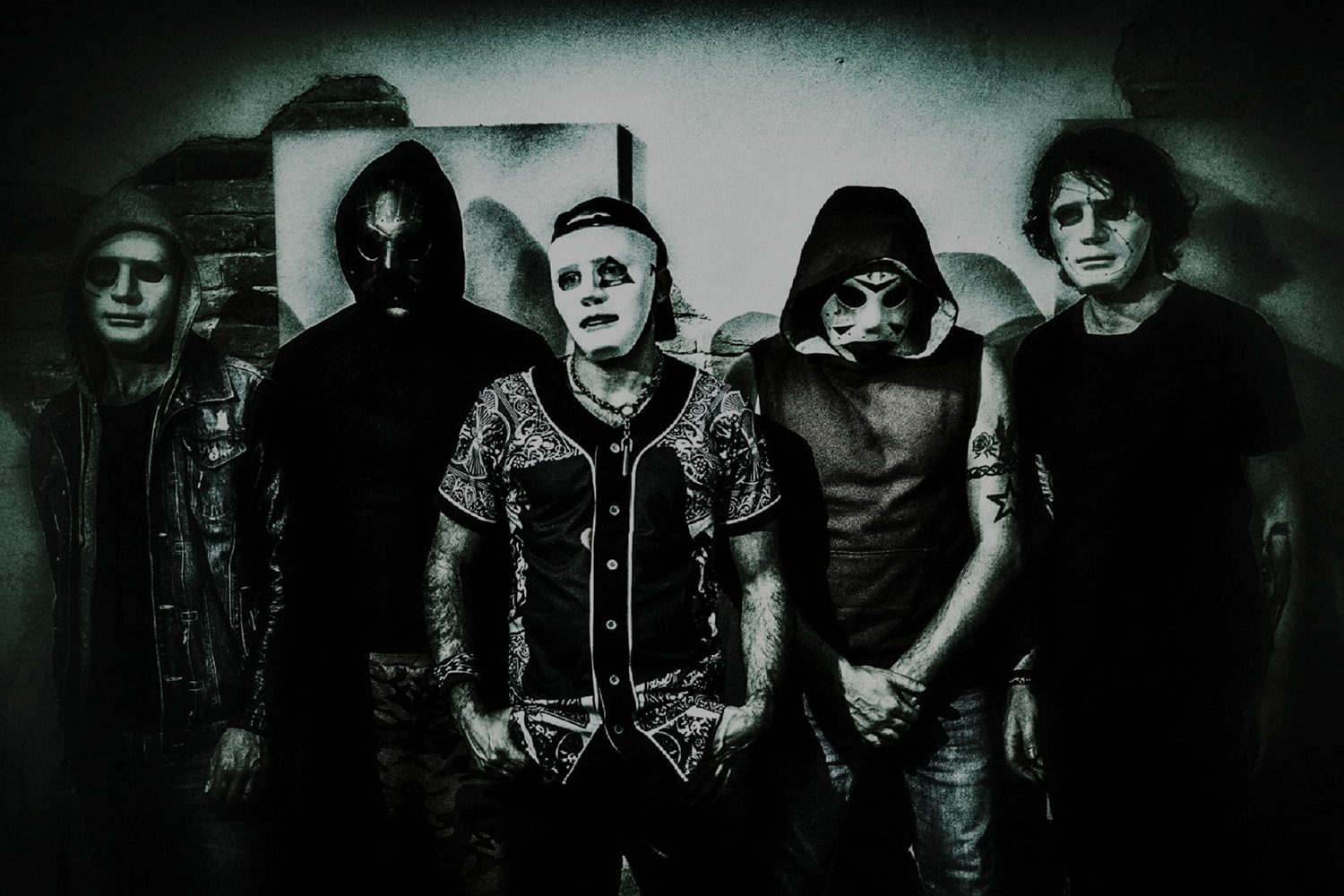 Hurricane On Saturn: I repeat, it’s the distribution of roles. It’s not a hierarchy or being more or less important in a band. It’s just being conscious that everyone is just a part of the whole and has to play his role. All flows spontaneously and everybody should be smart enough to comply with it. It’s like surfing the ocean man.

Hurricane On Saturn: Dakm doesn’t talk much about that but for what I see every song, every lyric has a strong connection with his feelings and his personal experiences about the everyday struggle.

Hurricane On Saturn: Currently, we have new material for a possible second EP, but first we will see how it goes with the first EP, which we will release in a few months, no later than the end of the year.

Hurricane On Saturn: Nope, We haven’t had the possibility to perform live. We started the band only 6 months before the global pandemic stopped everything and there is no sign that the situation is going to improve in the short term. That was a big pain in the ass, and for a new coming band, it may be devastating. That cuts your legs since live shows are the best way and the main chance to make yourself known…but hell we push ahead.

Hurricane On Saturn: At the moment we have published three songs from the upcoming album and it’s entirely inspired by that hold-the-line feeling I told you before. Some parts have been recorded in our home lab and other parts in a professional studio nearby. All the mix has been appointed to Evan Rodaniche in Los Angeles.
We wanted to avoid traveling because of the virus and we are completely satisfied with the final result achieved working this way. 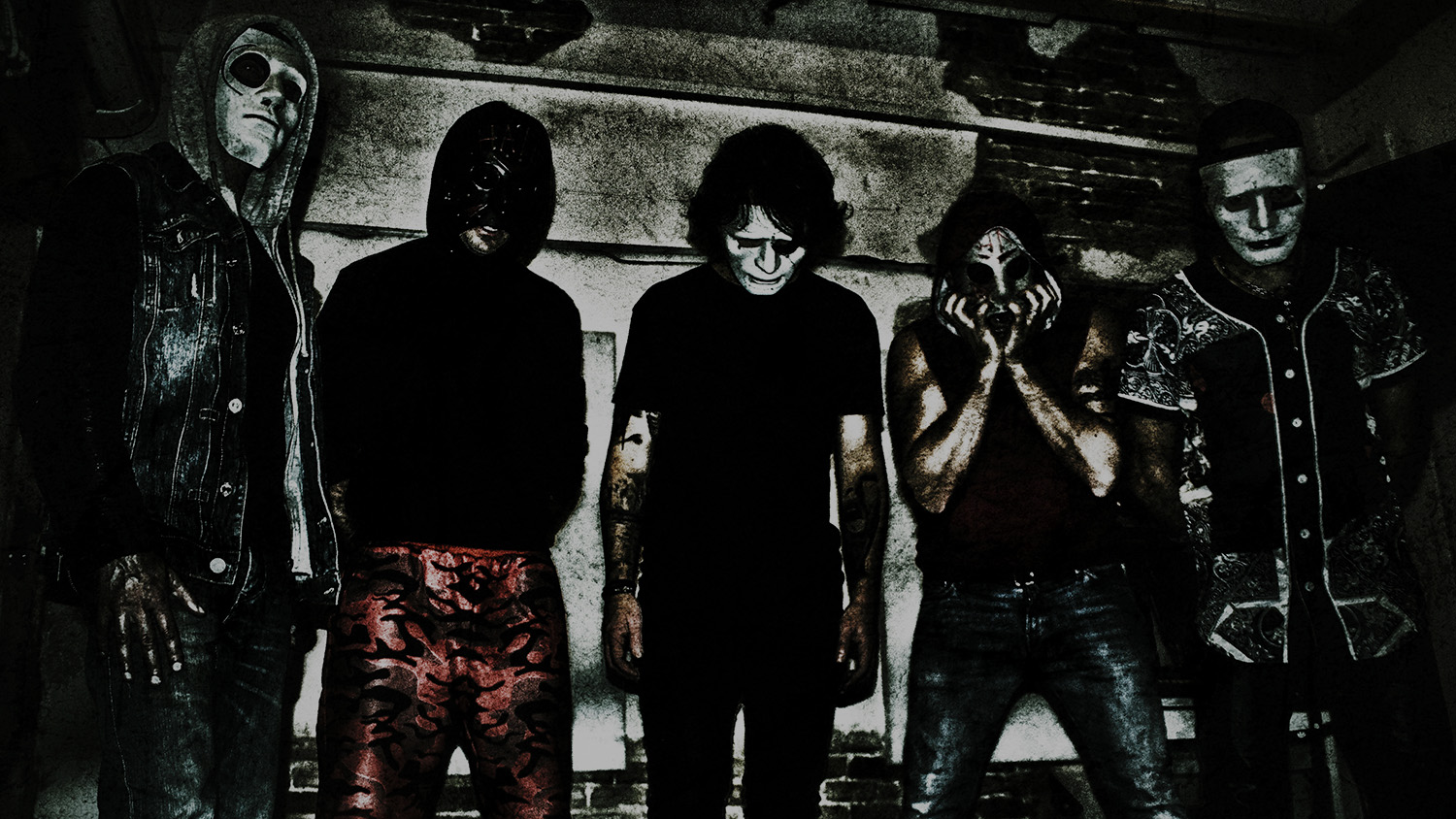 Hurricane On Saturn: This was a very particular year for everybody especially for those who work with music, no need I repeat you why. So it turned out it was useless to follow a long term plan and the best option has been to proceed sailing at sight, if you know what I mean. Our goal by now is to release our album we are working on, then we will see. For sure we have big ideas coming out for the future.

Hurricane On Saturn: Honestly there wasn’t any specific moment, you just have to feel that you are doing right like in any other human relationship. When you have to discuss too much .. Cut it out. It’s never gonna work. Consequently finding a name cool for all of us was a very easy step. Hurricane on Saturn is about the inner restlessness of each one of us but at the same time that sensation that makes us feel miles away from here, from every known place.

Hurricane On Saturn: We all have very different personal situations so it’s not easy to catch us up much apart from music. But we all live in the same area so sometimes it may happen to meet around.

Hurricane On Saturn: Personally I like every aspect of the process, from the raw idea recorded in our home studio, listening to your emotions taking form to the stage performing. Playing live is the ultimate stage of this process, having your music heard physically to other people is the maximum excitement you can get, you never find a musician saying the contrary.
For sure it works this way if you feel you have something to say to the guys out there.. if you play or compose music just to show off or celebrate yourself everything may become very boring in the end.

Hurricane On Saturn: Life is tough for everyone. Keep fighting. Whatever it costs, against all odds, get up again and again. Be smart, don’t be fooled, don’t be passive and look at the stars not your feet.
Don’t let this decadent age rot your soul. Shine the best you can before fading away.

Hurricane On Saturn: Not really. Unfortunately, we haven’t had the opportunity to travel together yet … but we all are very quiet god-fearing men. I’m pretty sure anything funny will never happen.

Hurricane On Saturn: This is a difficult situation but we won’t stop. Don’t you do either. Support the bands you like in all the ways possible. Let’s feel close to each other.

Hurricane On Saturn: Tell us where fans can follow your work and access your music. We are on Spotify, Amazon music…everywhere. Find us on every digital store and social network. I know, I know, you are fuckin lazy…