We are happy to introduce you to the talented DJs & record producers – Level Up! & K-Kyoto !

Level Up! & K-Kyoto: Level Up! grew up listening to indie and electronic dance music, Where as K-Kyoto grew up listening to bass music and dubstep, our musical backgrounds are completely different to each other and have a yin and yang effect, but that’s what allows us to be so creative and think outside the box when it comes to our music productions.

Level Up! & K-Kyoto: So we started working together around 2 years ago, before that we had both been dabbling in music production whilst DJing but neither of us had really taken it seriously, We both met at one of K-Kyoto’s DJ gigs we got talking for a few weeks then decided to get in the studio together, from the second we got in the studio together there was this spark and its been there ever since, ever since that first studio session we’ve both been working tirelessly to make our music career a success.

Level Up! & K-Kyoto: Exciting, Energetic and across the board.

[Blaster] When did you start DJing??

Level Up! & K-Kyoto: So Level Up! started DJing when he was around 12/13 his brother and father were both DJ’s but he didn’t decide to choose it as his career until he was 19, K-Kyoto actually used to be a personal trainer, he used to watch the DJ in his local nightclub and was really interested in what he was doing so decided to learn himself, coming from a musical background after 6 months of practicing he became a resident DJ in his local nightclub, a few years down the line once we were working together things changed very quickly for us and we suddenly went from playing our local nightclub residencies to touring the UK and Europe. 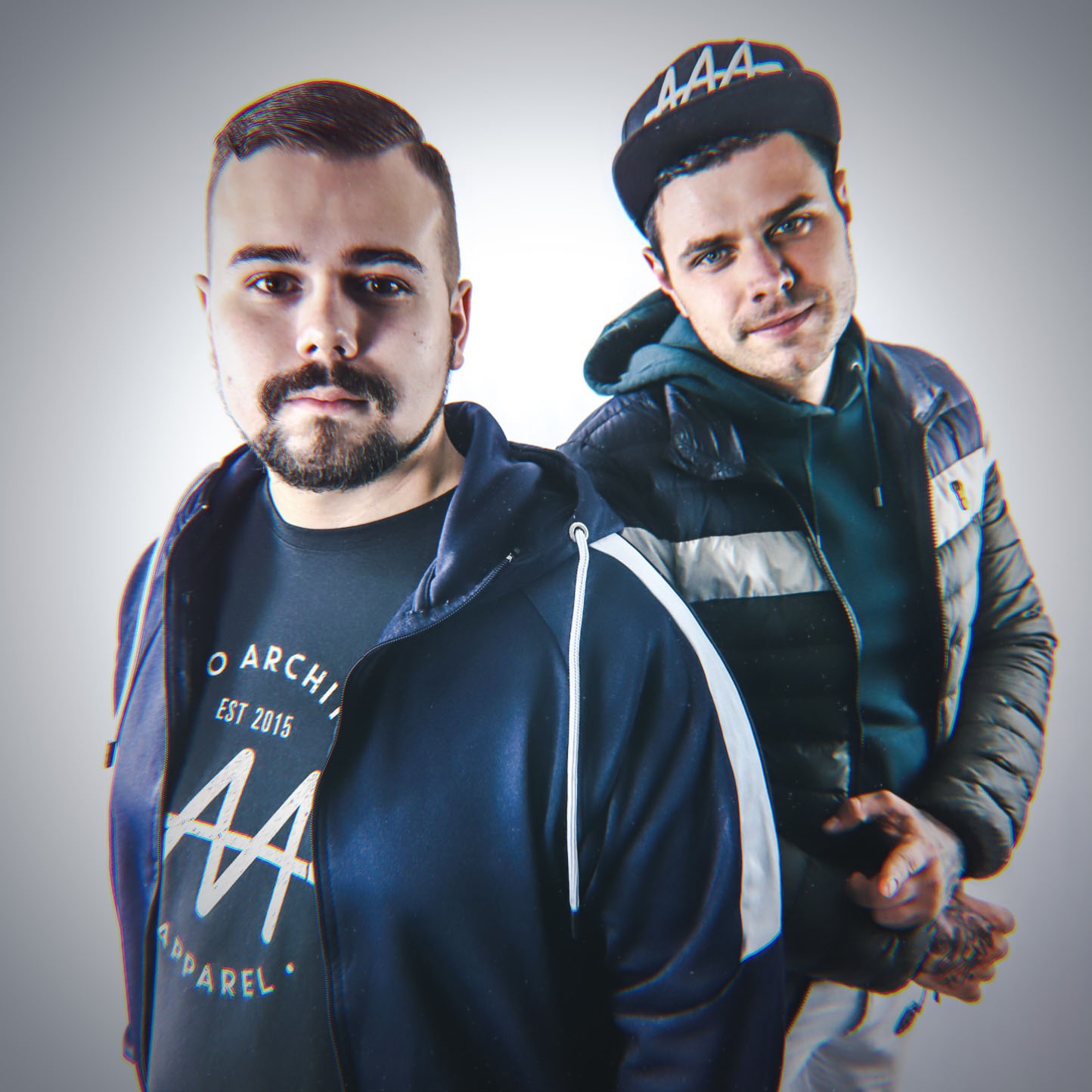 [Blaster] What were some of the main challenges and goals when starting out as a DJ and how have they changed over time? What is it about DJing, compared to, say, producing your own music, that makes it interesting for you??

Level Up! & K-Kyoto: We would say the biggest challenge is getting that first gig, its usually what makes or breaks your career as a DJ, you have to accepting to receiving the no’s, dealing with club promoters and bookings agents is extremely hard when you first start out, you don’t really understand how to approach them and your really eager to play in front of a crowd, the first 100 bookings you try to get you probably wont get, you have to stay persistent and keep smashing out the hours practicing so when someone takes a chance on you and you do get that yes your ready to smash the ball out the park, you can be so creative with DJing you can blend, mix and mashup tracks in so many different ways and that’s what makes it really creative and interesting, when you truly love and dedicate yourself to it you can really excite and energise the room, the feeling you get from playing a creative and unique set you’ve practiced over and over and hearing the crowd scream and shout your name is incredible!

Level Up! & K-Kyoto: We work with singers during the writing/recording process, we usually write the lyrics together then once the lyrics are finished we usually book a studio for the day to get the vocals recorded, we haven’t collaborated with any producers yet but we’re excited to!

Level Up! & K-Kyoto: We actually find inspiration from pretty much everything in our daily lives, we’re always listening out for new sounds and rhythms that could be used in our music productions, we both also listen to pretty much every genre of music between us, so were both always have fresh, new and exciting ideas when it comes to laying stuff down in the studio. 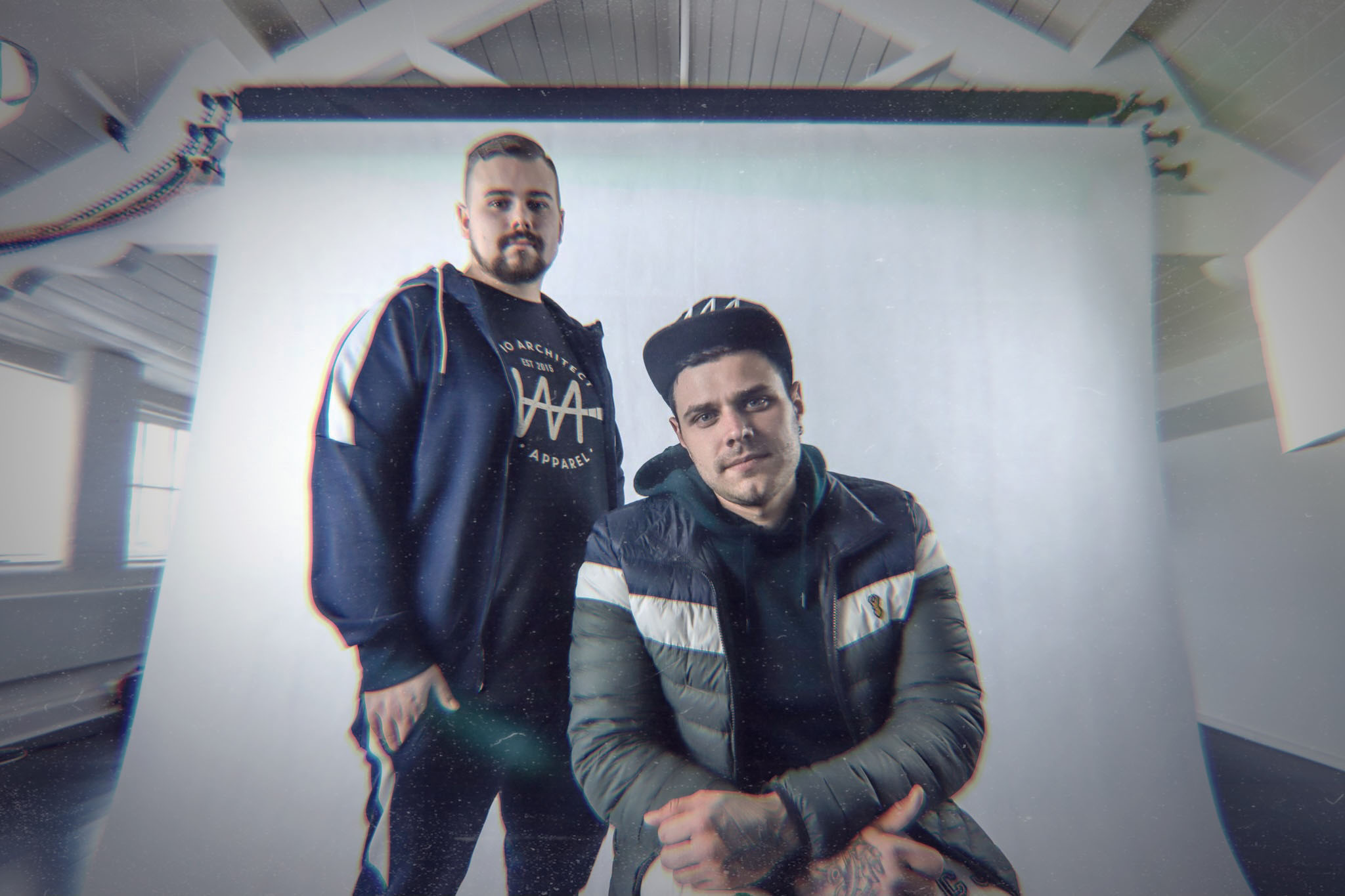 Level Up! & K-Kyoto: The biggest skills outside of the studio we have learnt would be music marketing and branding, studying marketing has allowed us to set out targeted release campaigns for our music allowing it to grow organically with positive results, its really helped us grow new fans and the branding side of things has helped us create exciting and original content for our fans and future fans to see whilst keeping them up to date with our future releases.

Level Up! & K-Kyoto: We are inspired by the likes of Jauz, Skrillex, Joel Corry, MK and Flux Pavillion, They have all made their mark on the music industry in their own unique and creative way, that’s what inspires and excites us to do the same, not to be like them but to be the first us.

Level Up! & K-Kyoto: Our last release was “Left The Ground” on Black Hole Recordings, we’re currently working on some exciting new music for the summer!, our next release is called “Don’t Worry” out on Friday 12th of February on BLINDsided Records, we wrote this track during the first UK lockdown and it really means a lot to us so we’re really excited for everybody to hear it!, plus we’ve got a really cool music video coming out for it so stay tuned for that!

Level Up! & K-Kyoto: Our favourite song we’ve released so far would be “Feeling Lovely”, it was the first track we wrote together and we really enjoyed making it, over the summer of 2020 we received some amazing support on it and its one of those tracks where if your feeling down it picks you right back up again. 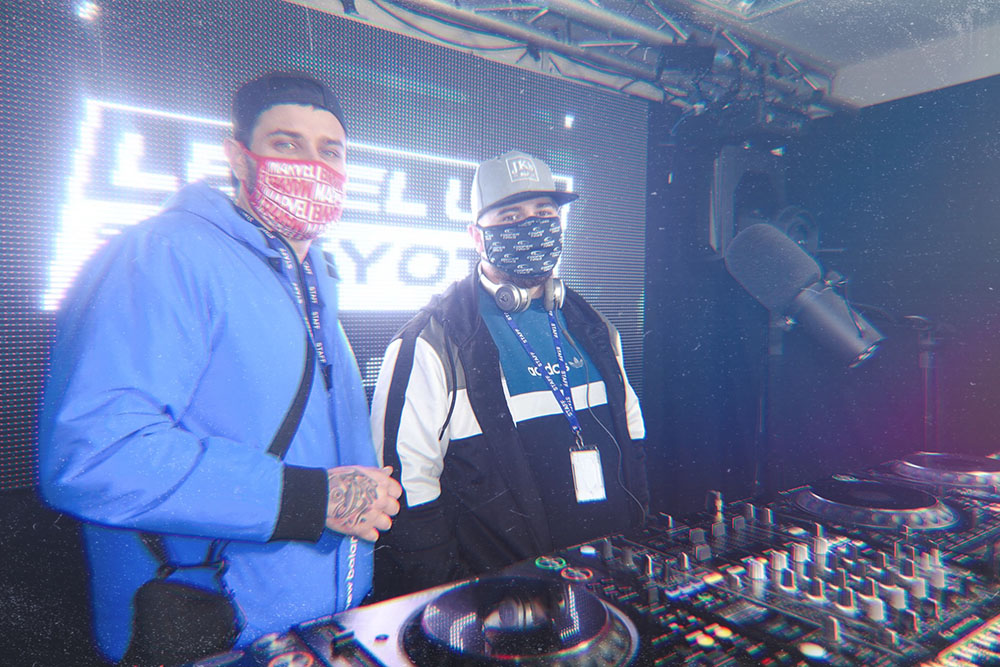 Level Up! & K-Kyoto: We’re actually working with one of our dream vocalists at the minute which is really cool!, for singers it would be Becky Hill, Tori Kelly or Alice Chater, Producers it would be MK, Joel Corry or Jauz. All of these have released some incredible music and together i think we could make something really magical!

Level Up! & K-Kyoto: We actually do this as our full time job, but level up! is a single father, so we use school time as studio time, but he also gets a lot of support from both our family’s which really helps out a lot when it comes to school holidays and DJing.

Level Up! & K-Kyoto: The biggest thing for us is that people connect with our music, we truly love every second we spend in the studio writing and every track we release we try to tell part of our story so that the listener can connect and interoperate it in their own unique way, that’s the most important thing for us.

Level Up! & K-Kyoto: Yeah!, we would like to say a massive thankyou to all of you for listening to and supporting our music, without all of you none of this would be possible, we’ve got some really exciting music coming this year so stay tuned!