He plays all the instruments in his songs, taking care of all the phases of his productions – from recording to mixing and mastering. We are happy to introduce you to the multi-talented artist, music composer, singer-songwriter and sound engineer – MAURO LAMANNA !

[Blaster] Thank you for your time MAURO! What music did you grow up listening to?

MAURO LAMANNA: My grandfather was a true lover of classical music and opera. It was inevitable that I first became a listener of this type of music. Liszt and Chopin were my guides already in the early days as a musician. In an almost natural way, my adolescence was influenced by Queen and shortly after I rediscovered all those rock bands that made history in the 70s. If I had to name bands or artists who surely find space in my smartphone today, then I must to name Radiohead, Olafur Arnalds, Sigur Ros and … many others.

MAURO LAMANNA: I’m a sociable type, yet when it comes to producing my songs, I often lock myself in my world. This has led me from the very beginning of my career as an artist to realize everything by myself. Not only do I play all the instruments of my songs, but I follow every step of the production process, from recording to mixing. In addition to being a songwriter, I am also a sound engineer and this allows me to have total control over my creativity.

MAURO LAMANNA: If I had to check one of my weaknesses it would be on the voice: “classification of music”. It is very difficult for me to talk about genres, but at least I can try to describe a bit what the sound I am trying to reproduce is. I think I have a soul with rock roots, even if the term fits me too tight, because the use of analog synths as well as acoustic instruments always find space in my productions. I don’t set myself the limit of pigeonholing myself in a specific musical genre, even if this creates many difficulties in the market that always needs to know in advance what you are listening to, even before pressing “play”.

MAURO LAMANNA: I work alone, so I am the author of each of my songs. I believe this also derives from the fact that, having studied classical composition, transposing sounds into written language has always been my prerogative. I’ve always seen it as a thing to do alone. This does not mean that I close myself to any news, I just say that for now this is it. 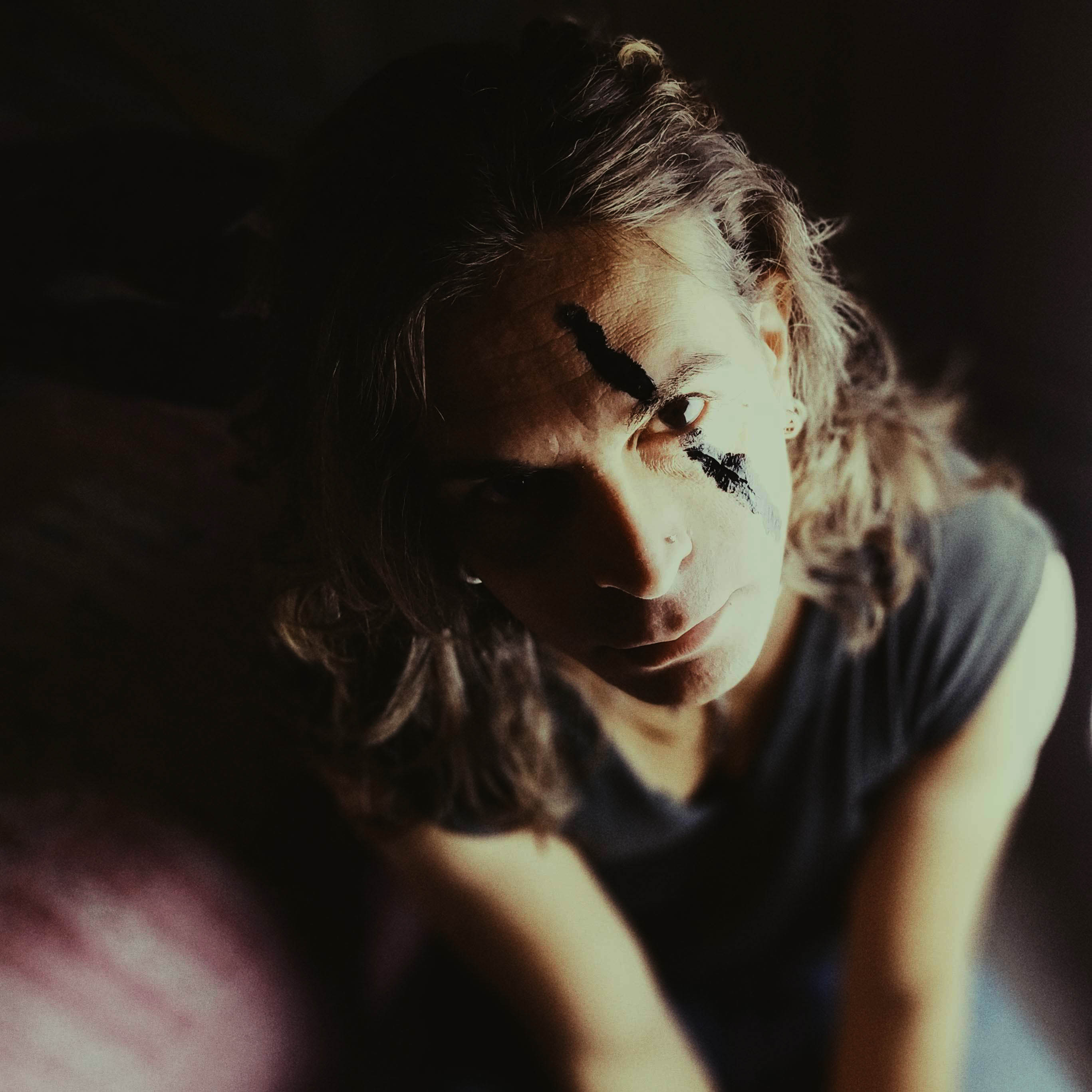 MAURO LAMANNA: I wouldn’t say my music hides any meanings. The truth is that I translate an emotion into sound, into words, into a musical message that lasts a handful of minutes. But it will then be the listener himself who creates his own image and personal experience around what he hears. This is the beauty of art in all its forms. It is nice to see how art transforms itself around the life of those who enjoy it.

MAURO LAMANNA: I don’t collaborate with anyone at the moment.

MAURO LAMANNA: Life is full of stimuli, experiences and stories to tell. But really, it is enough to photograph a moment, a single moment. The music is all there. 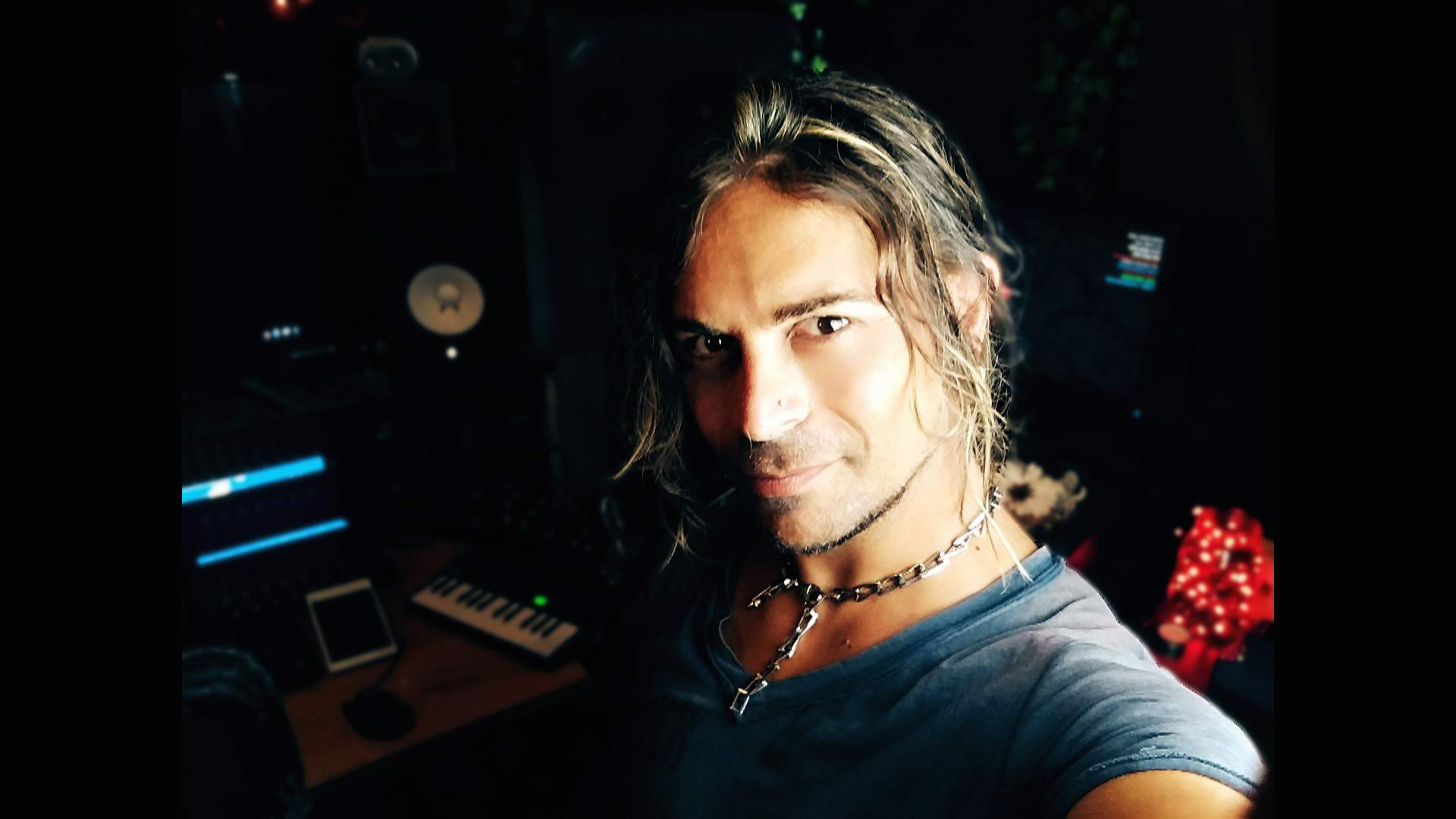 MAURO LAMANNA: Having worked for so many years in music production, I have learned to play all kinds of instruments, from guitar to bass guitar, from piano to synths, as well as having developed technical skills as a sound engineer. All this, combined with the attention and respect of people, has allowed me to do what I am doing now.

MAURO LAMANNA: I work in my recording studio, the Lipstick Studio in Rome, Italy. Here I dedicate myself not only to the production of my own songs, but I also produce songs for other artists. In addition to being my job, this allows me to constantly maintain contact with reality and to compare myself with other creative minds.

MAURO LAMANNA: I really appreciate the work that people like Thom Yorke do with music, who manages to combine different musical styles and make it converge on him. But the people who inspire me aren’t coming from music alone. I am thinking, for example, of writers of Russian literature of the late nineteenth century as well as of the very modern and very current Stephen King. As I said, no limits. 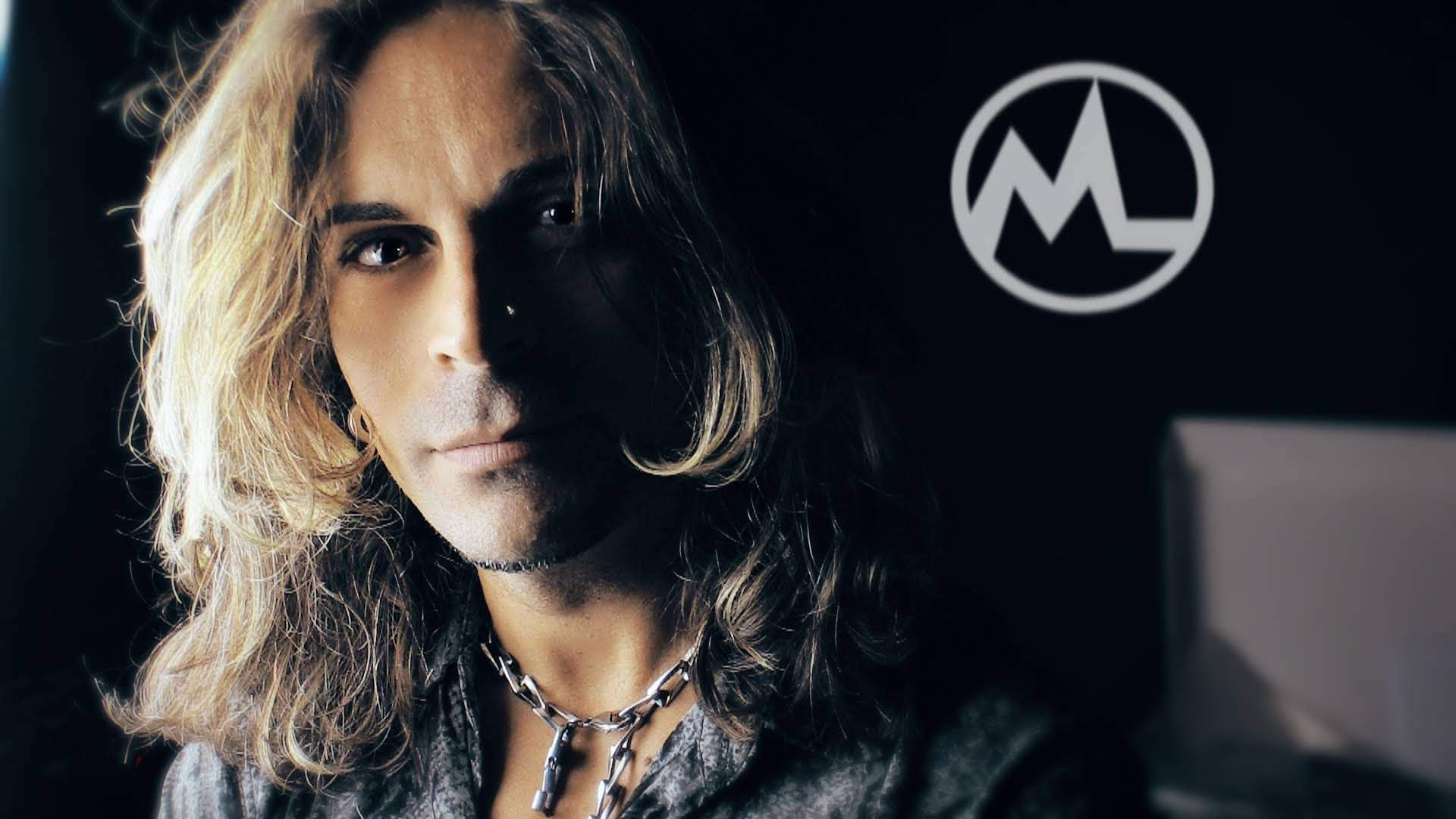 MAURO LAMANNA: I love life and this, almost as a contrast, often leads me to think and reflect on death. Not only understood as the death of the body, but more broadly as the death of the soul. When you dedicate your whole life to achieve a certain result and you don’t reach it, it’s a bit like dying. It is like dying even when we are betrayed or when we lose something that is dear to us. Even we ourselves could be the architects of someone’s disappointment. So, I often find myself thinking about these topics in my songs.

MAURO LAMANNA: After making a number of single songs like Flashback, Ths Scar, Gustav Alapranzj, Coffee Stains, Let Me Sleep and others, I am now working on a full album. I like the idea of taking a long route, even if this is certainly more challenging. I am still fond of the classic idea of the artist working on a concept around which multiple songs revolve, like a single book divided into chapters. I hope to be ready by the end of 2021, but it is too early to say.

MAURO LAMANNA: I’m really undecided. I would say “Flashback”, first of all, because that song had a very long birth and gestation (seven years!), with a thousand setbacks. But I am very fond of “Cofee Stains”, because inside there is all the essence of my music in a single song: there is my great first love, the piano, but there are many ethereal sounds created with an analog synth Moog and a rock explosion on the tail. There is the taste of the wound and of all that is wrong, but there is also anger and desire for rebellion, to change.

MAURO LAMANNA: If I could choose – and the choice is practically a dream – then I would collaborate with Nigel Godrich without second thoughts. I am totally fascinated by his career, but also by his choices in terms of production. I’d steal everything from him, every fader that moves on the console.

MAURO LAMANNA: It is difficult to balance the time I dedicate to my music with the time I dedicate to the production of other artists. Everything absorbs me completely and it is difficult to turn off a switch and to turn on another immediately after. For this reason I have to plan my week and my month in order to be able to do everything I have to. In conclusion, “Don’t cross the streams!”.

MAURO LAMANNA: I would like it if my listeners became my friends, virtually speaking. A travel companion. I would like to be like a toothbrush, something you never forget to put in your backpack. 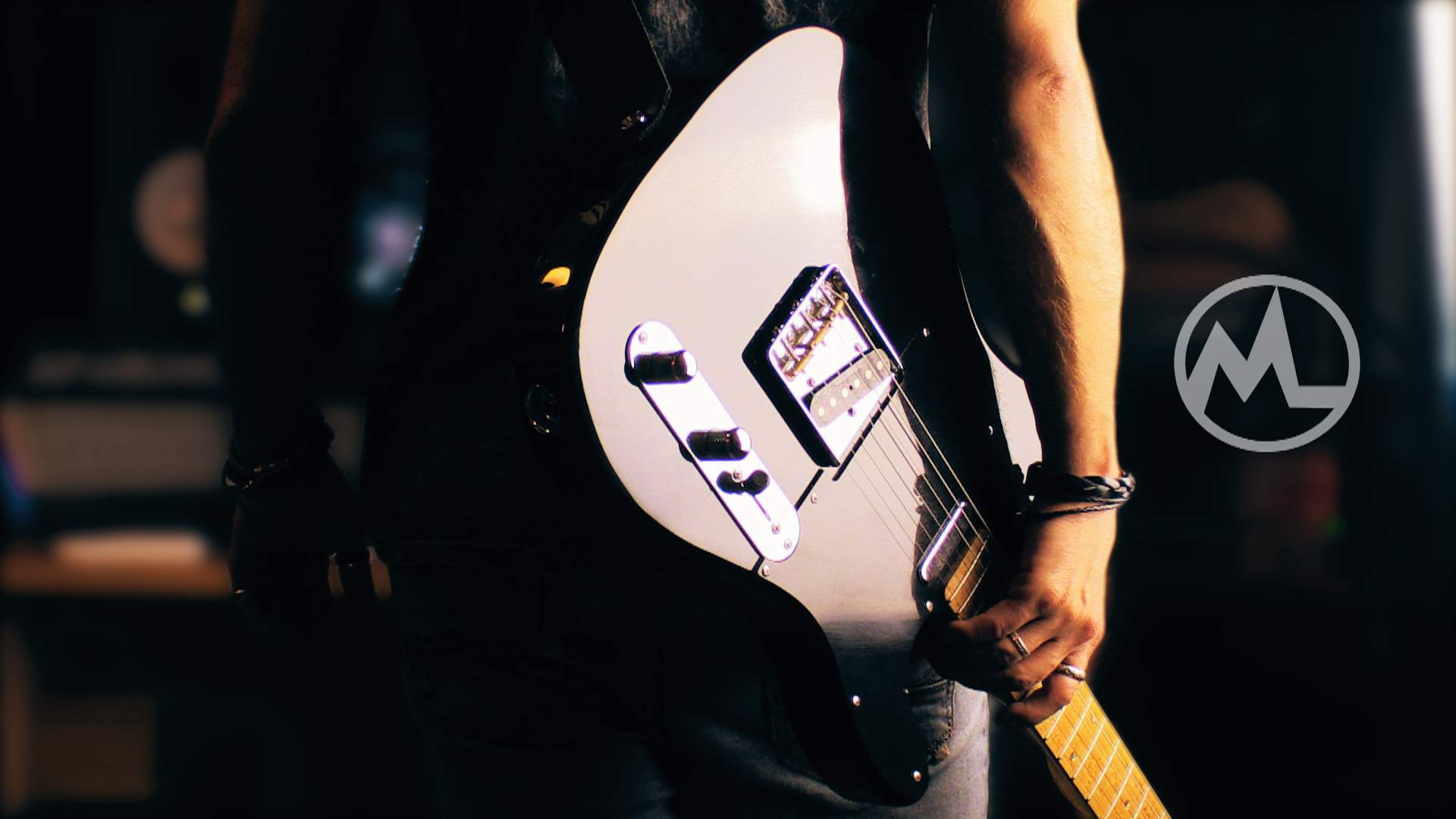 MAURO LAMANNA: Supporting your favorite artists today is much more important than before. They are small gestures, such as including songs in your Spotify library, subscribing to the mailing list or buying merchandising. But these small gestures allow us artists to continue doing what we know how to do: giving dreams.