She is an up-and-coming female rapper who rap, sing and write her own music. We are happy to introduce you to a talented musician – MezniQuee!

MezniQuee: I’ve grown up listening to range of different music from pop to Hip-Hop to reggae dancehall I even love to listen to country music.

MezniQuee: I always had the passion for it ever since I was younger started with writing, singing in church and then started raping later on.

MezniQuee: I Define myself as a ”valley rapper”. I see myself as the soundtrack of the movie “Clueless” just with a trap music elements vibes. I really take pride coining the phrase ,”black valley girl trap music”.

MezniQuee: I write all my songs!!!! Men wouldn’t dare want a woman to say these things. 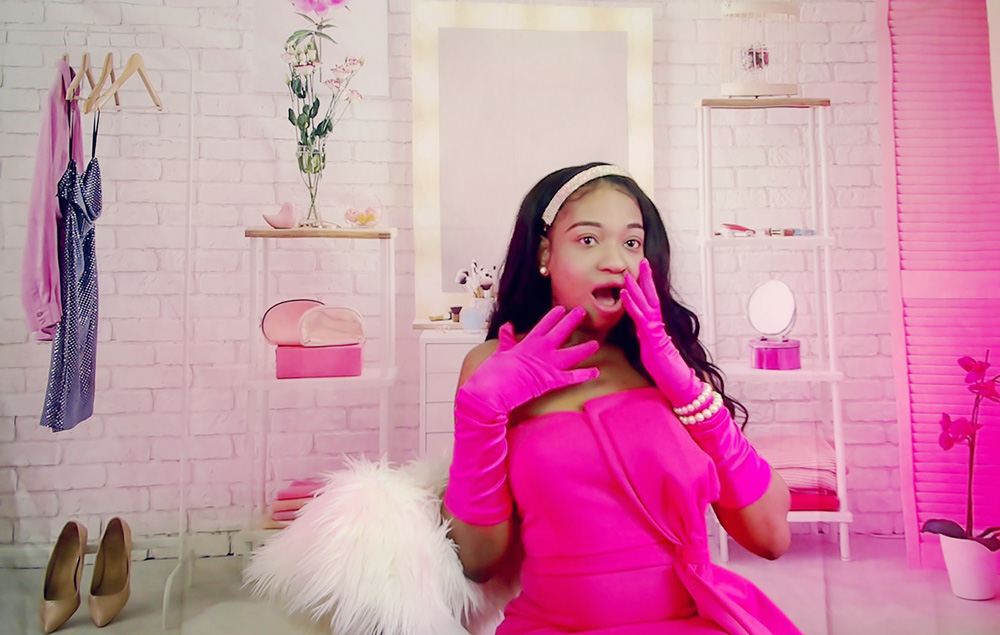 MezniQuee: My music is for the college girl, the girl who doesn’t want to go to college, the girl who wants a sugar daddy, feminine girl, THE ROM-COM ROMANTIC-COMEDY GIRL, and THE GIRL WHO WANTS HYPERGAMY, THE GIRL WHO WANTS TO GET OUT OF THE HOOD AND LEVEL UP. I RAP FOR THOSE WOMEN / GIRLS. LETTING THEM KNOW DON’T ALLOW ANY MAN TO KEEP YOU DOWN, and don’t allow NO TYPE OF ”ISM” IN THIS WORLD TO KEEP YOU DOWN. BOSS UP $$, LEVEL UP AND RIDE THE ”WHITE HORSE” & MAKE IT TAKE YOU WHEREVER YOU WANT TO GO. That’s my motto.

MezniQuee: I’ve done one feature on my new album ”Roses and sacrifice” with a korean-american artist Sonagi, and I hope to do other features on my Next up an coming Project. ”Blk Valley Girl Trap Music ”. I like to work with artists that speak to me not necessarily charting the charts but musically speaks to me.

MezniQuee: Be prepare. And believe in the impossible. And never let an Misogynoir /Anti swirler ; tell you what you can’t do.

MezniQuee: I’m not signed to anyone at the moment I’m independent. However, my team who been with me since day one is Bonafide Records. And we’re making some business moves behind the scene.

MezniQuee: Within me I tap into the need to say something for those women/girls who need to hear it the most.

MezniQuee: The Topics I rap about is what I like to refer to as the ”pink pill” which means to be on the NO N#% DIET, cutting out struggle love, and struggle Behavior. LEVELING UP with FEMININITY, and HYPERGAMY. Addressing WOMEN issues & ECTS. YES , DIFFERENT TOPICS WILL COME IN TIME BUT IT WILL STILL HAVE THAT FEMININE CONSCIOUS female RAPPER FLAIR. That’s needed in hip hop too. STILL GIVING A VOICE TO THE VOICELESS BLACK Women in hip hop.

MezniQuee: I just released my new album ”Roses and sacrifice” just shot a fun Barbie theme music video part 1. The first single off this album is ”Extra and bougie”.

MezniQuee: It would have to be ”THOTIE HOTTIE” It was released late 2020 on my first EP ”Closet freak”. It’s a woman empowerment song, take a negative derogatory word against women and flipping it. I’m rapping about hypergamy, leveling up, and taking back our power. I can definitely hear this song being played 10 years down the line or more. It’s one of those songs that have real meaning & heart . Also It got me my first award ”Akademia Music Awards” for best rap and hip-hop EP. 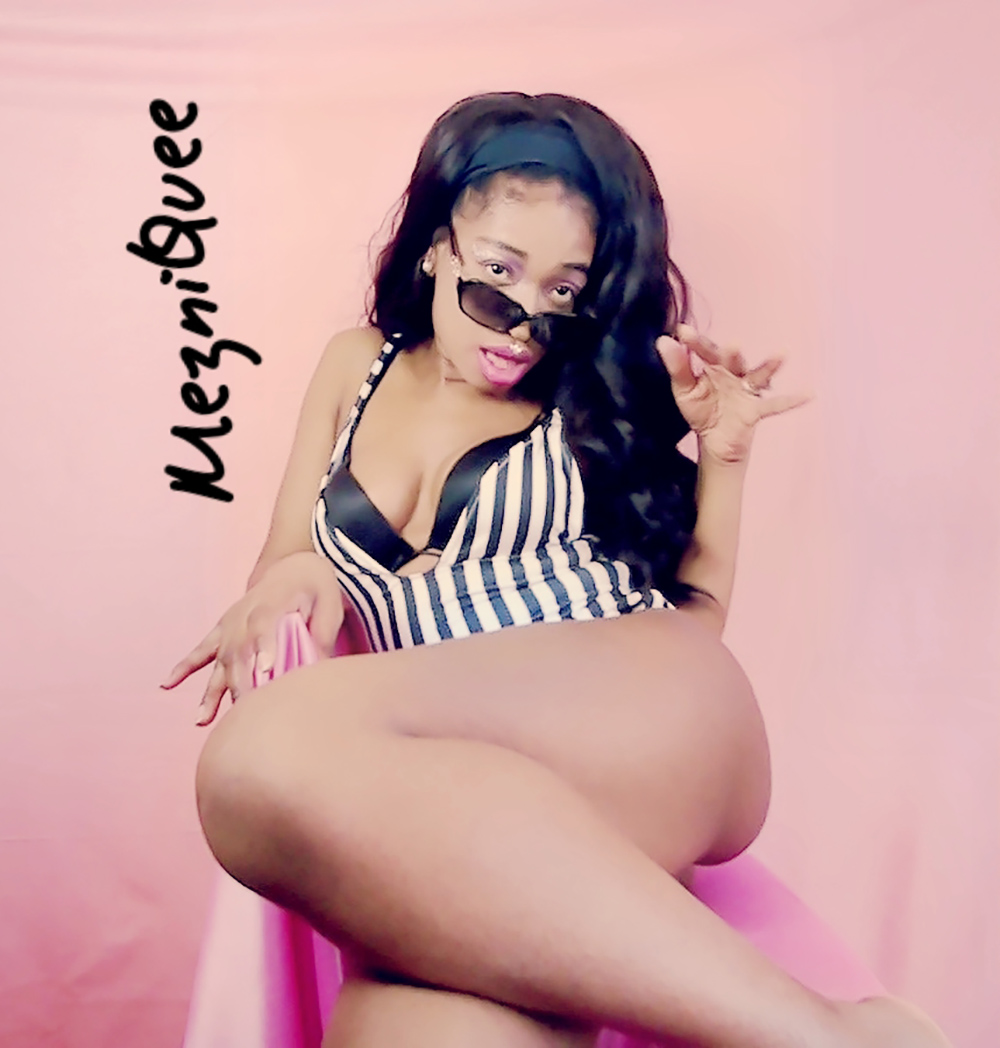 MezniQuee: I LIKE OLD SCHOOL HIP HOP LIKE QUEEN LATIFAH, Salt-N-Pepa & ECTS. I feel like I’m a modern-day version of them. THEY HAD A WAY OF RAPPING ABOUT social issues that made me pride to be a female rapper. It wasn’t Braggadocious it wasn’t this animated over the top BS it was real female rap.THAT ALLOW OTHER WOMEN TO BE IN the RAP game, TO SHOWCASE THEIR talent. It wasn’t this bashing female rappers propaganda. And saying “female rap is so boring because I’m/she not here”. Bs! It was real female rappers, giving their voice to the hip hop community. They inspired me alongside, LADY SAW, queen of Dancehall; Lady saw, is my MUSICAL GODMOTHER. She birth me. 🙂

MezniQuee: My dream collaboration would have to be working with the Queen, I wouldn’t be here if it wasn’t for the Queen -Queen Latifah. Female rap didn’t just emerge 15 years ago; it started with amazing women like her, she and others opening the doors so the younger female rappers, like myself. Could break through the ceiling. Another dream Collab would be the Diamond Princess herself ; Trina. ME the ”south beach hottie” with ”the Diamond Princess”. Would be epic. Especially since WE’RE BOTH FROM FLORIDA, It would be pretty dope to work together. And another Collab of mines would have to be Lady saw, now if you know anything about Hip Hop music you know that Reggae music, is the Godfather and Godmother of Hip Hop. So these are my top 3#. 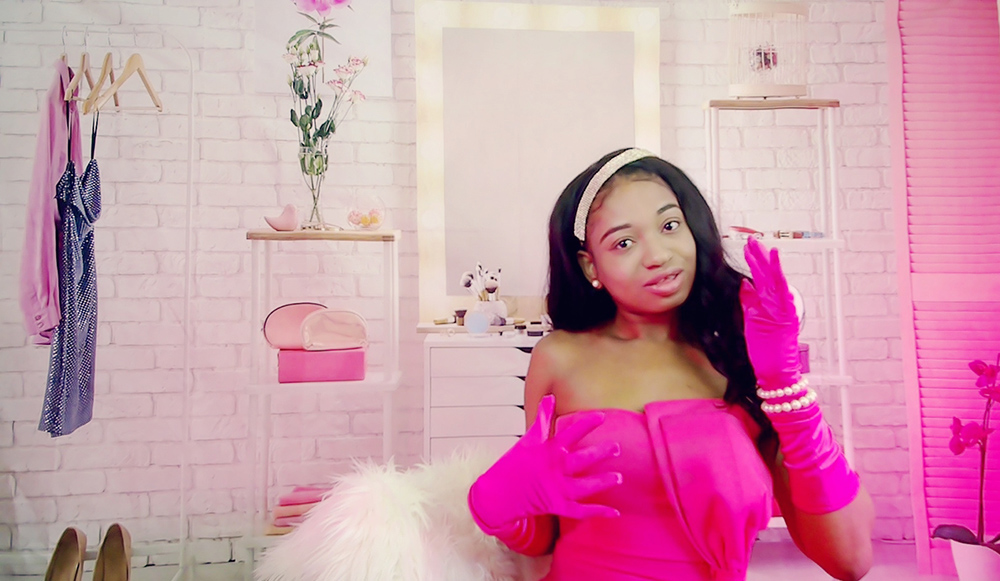 MezniQuee: That all female rappers DON’T rap about the same things. I want all women to be uplifted, Because this is our time our anthem our ”Level up season.”

MezniQuee: TO MY FANS, I LIKE TO CALL ”MEZALIENS” KNOW YOUR WORTH AND NEVER SETTLE FOR BEING LAST PICK OR A ”PICKMENISHA” BUT THE FIRST CHOICE. THE IMPERFECTIONS THAT YOU SEE, OTHERS WILL FIND IT TO BE YOUR BEAUTY Mark. I keep my Gap; as a statement. That I can still have a man weak to his knee with it. I also keep it; for the dark skin girls or the girls with the BIG 4C hair, the girls with the mole or the freckles. the girls who allowed a man to make her feel insecure enough where she believe she needs a BBL. the girls who don’t feel worthy enough. I want them to know, with this Gap that I rock . ” I STILL can STEAL these BRAD’S & JONATHAN’S, AND WHAT BISH- OP! GOING TO STOP ME” I DID SOMETHING THAT THEY CAN’T EVEN DO. SO LOVE YOURSELF FIRST.